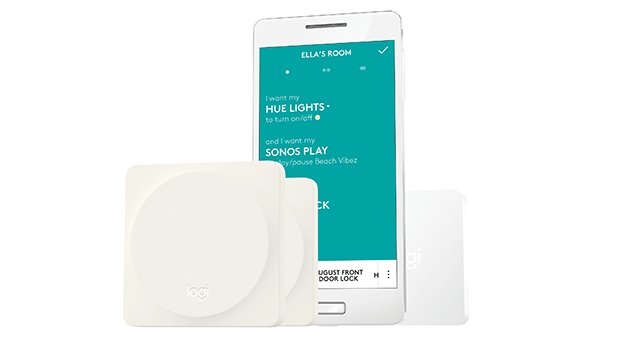 By IoT News | 17th August 2016 http://www.iottechnews.com/
IoT News is a practical resource providing news, analysis and opinion on the burgeoning Internet of Things ecosystem, from standardisation, to business use cases, and development opportunities. We take the best research and put our own spin on it, report from the frontline of the industry, as well as feature contributions from companies at the heart of this revolution.

Logitech is aiming to facilitate control of the smart home at the fingertips of the consumer with the launch of the Logitech Pop Home Switch Starter Pack and Pop Add-On Home Switch. Following set-up, the device allows all members in the home to control smart home devices, from lighting presets to Sonos playlists and more.

Logitech Pop Home Switch is compatible with a wide range of lighting and smart home products including lighting, door locks, and blinds from companies like LIFX, Phillips Hue, Lutron, and INSTEON. One can also mix and match product controls on an individual switch.

Renee Niemi, head of the Smart Home business at Logitech, said: “Sometimes you just want to set the mood for movie night without opening multiple apps to turn down the lights, turn on the TV and the sound bar and draw the blinds. With Pop, you can do all that with a press of the switch. It makes the smart home simple and accessible for everyone — not just the person with the smartphone.”

Meanwhile, a report from Deloitte has found that while potential customers of IoT-in-the-home products know of the advantages of the technology, adoption is being hindered by scepticism and perceived high prices. Additionally, in order to further the relevance of its iHome Control product line, iHome has announced the compatibility of its SmartPlug products with Amazon Alexa devices, including Amazon Echo, Amazon Tap, Echo Dot and Amazon Fire TV.