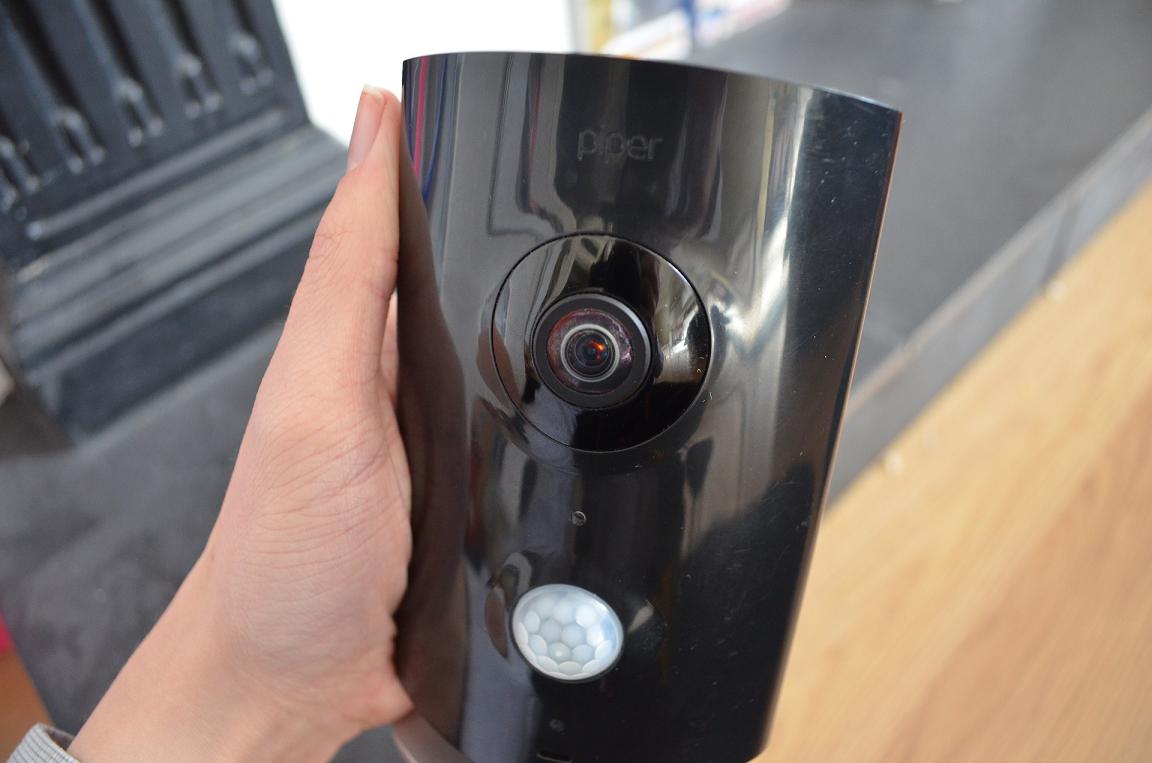 By Ryan Daws | 10th March 2016 | TechForge Media
Editor at TechForge Media. Often sighted at global tech conferences with a coffee in one hand and laptop in the other. If it's geeky, I'm probably into it.

Piper offers more than just an IoT security camera, it can also be a hub for your smart home through integration with Z-Wave compatible devices to easily offer a more complete home automation solution than we’ve seen from most individual products so far.

Needless to say we're impressed with the level of integration which Piper supports, but how does the Piper NV stack up in other areas?

We posted an unboxing of the Piper NV to our YouTube channel when it was received, but it's worth running over the design and specs of the device to get an idea of what's being offered here for people who haven't been able to catch the video…

The packaging we received our unit in wasn't inspiring, but after some research we found out new orders will be shipped using a fresher, updated box. Packaging is where you get a first impression, so it's pleasing to see this has been resolved. You can see the original box on the left in the image below, and the updated packaging on the right.

We feel the basic packaging at launch was to keep costs down, but unfortunately it seems that was extended to materials used for the Piper NV itself. Piper's designers have been able to pull-off a fairly refined look for the NV, despite using flimsy plastic, but when you hold the device it certainly doesn't feel as robust or well-finished as rivals like the Netatmo Welcome or Withings Home.

The gloss front of the Piper NV is a fingerprint magnet, and it reflects everything in the room which makes the device eye-catching rather than fading into the background like a security camera should. Also found on the front is the camera lens – which protrudes out the device – along with a light sensor, status light, and slit for the microphone.

On the rear you'll find slits for the metal stand to clumsily snap into, as well as port for the mains, a power button, and battery compartment for 3xAA batteries. The addition of batteries for backup power is a nice surprise as few IoT security cameras feature a reserve power source if the power is cut.

Although not included with the camera – but available to be purchased separately – are Z-Wave devices which can be integrated with Piper. Included within our press sample was a door/window sensor, and the inaugural smart plug.

Despite feeling the Piper itself could have been designed better, we're impressed with the app which offers an intuitive UX which is both powerful and simple to use. From the main screen you can see a log of activity, switch between modes, and even see the current indoor and outdoor temperature at the Piper's location.

The first thing we did was enable "panic mode" which I'm sure caused an amusing scene if viewed from the outside as the 105Db siren went off and I scrambled around my devices – each receiving their own alert/text notifications – to rip out the power cord and reserve batteries. I'll confirm, it causes panic.

Most of the app is built around IFTTT-like "recipes" for determining what actions should be taken under set circumstances. With the Piper NV able to detect motion, noise, temperature, and light levels, it opens-up a world of potential for home automation when paired with Z-Wave compatible devices. Better still, the official accessories can all be controlled and monitored within the Piper app itself.

All the environmental things which Piper can tracks is able to be viewed on a separate page which offers a range of graphs to show interesting data like when the building is most noisiest, or when the highest amount of motion is detected.

We're fans of automation here, and so we're impressed by integration with family tracking app Life360 which, if enabled, will arm Piper automatically when everyone in your building has left. Of course the device will also disarm when a person arrives home, ensuring that incredible siren is only damaging the hearing of an intruder and not an innocent family member.

When it comes down to it, a security camera needs to be good in capturing footage. Overall, the wide-angle lens and full HD camera offers superb quality we feel is on-par, if not better than competitors like the Netatmo Welcome. Live viewing also proved to have the least lag of the devices we've tested so far.

The device also shines when it comes to night vision – somewhat figuratively speaking. As you can see in the screenshot below, it's easy to get a good idea of what's happening when the lights are out although it’s heavily-lit in the middle of the footage.

Alas, there is one concern we have with the Piper's camera. More often than we'd like the footage will feature severe artefacts which can obscure a person's face and could render the footage unusable in the event of a break-in. This could be a fault with our particular unit as we couldn't find similar reports elsewhere based on a quick Google. Our contact at Piper claims it's due to bandwidth, but the device was used metres away from a high-speed network which is tested before we begin. A potential solution is to manually turn Piper's video quality down, but this is hardly ideal.

Footage is stored in the cloud for zero cost. Recorded clips are 35-seconds in length, and up to 100 will be kept on Piper's servers before they're replaced. As you'd expect, these clips may be downloaded for permanent storage if required.

Piper is a valuable addition to your home and will help to keep all your fancy new smart gear safe; as well as integrate with some of the Z-Wave compatible devices. The siren will send the majority of intruders scurrying off clasping their ears, the reserve batteries will keep the device going when the power is out, and the integration with Life360 will help to ensure the device is armed/disarmed when it should be.

The design of Piper itself leaves more to be desired, but for most people that won't be a dealbreaker when it comes to a security device. Our main concern is the artefacts on the video, but we'll give Piper the benefit of the doubt it's a limited issue to our unit and if you experience the same then a one-year warranty has you covered.

If we're to recommend a security device at this point, it's the Piper NV. Our full video review of the device is available.

Find out more information about the Piper NV from here.

What is your favourite IoT security device? Let us know in the comments.