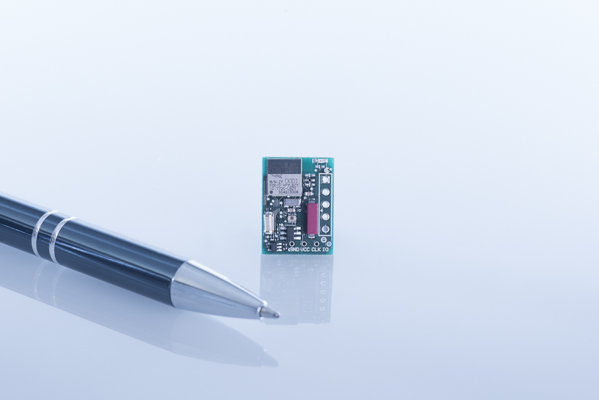 By IoT News | 26th May 2016 http://www.iottechnews.com/
IoT News is a practical resource providing news, analysis and opinion on the burgeoning Internet of Things ecosystem, from standardisation, to business use cases, and development opportunities. We take the best research and put our own spin on it, report from the frontline of the industry, as well as feature contributions from companies at the heart of this revolution.

Smart beacon network developer Netclearance has launched the mBeaconSense, a BLE device that brings together five distinct sensors – temperature, vibration, accelerometer, magnetic, light – into one IC board that is smaller than a penny, opening up avenues for applications such as home care monitoring. A battery the size of a coin can last for several years, providing more possibilities and prospects – that might have not been possible before – for the Internet of Things (IoT).

The mBeaconSense embeds temperature, vibration, accelerometer, magnetic, and light sensors into a 15mm x 20mm circuit board. This device can be integrated with Netclearance’s gateways to formulate a next generation IoT ecosystem with tiny devices transmitting sensor data to the cloud. A number of scenarios can be programmed into the device using the basic processor and small amount of on-board memory.

All the sensors can be used to transmit data whenever a certain conditions are met. Devices are entirely customisable for the end reseller, with many applications possible including home care, security, wearable devices, retail and in industry. Size and battery life is no longer a challenge for the deployment of multi-sensor beacons.

The mBeaconSense additionally incorporates a real-time clock and an active RFID tag that can be used both as a hybrid passive and active tag, further adding to its abilities by allowing it to be a time capable smart tag with sensing and NFC (near-field communication) built-in.

Jonathan Duffy, executive director of EMEA, at Netclearance, said: “The launch of mBeaconSense addresses a gap in the marketplace by offering a tiny IoT device with many use cases that can be used alone or with our suite of gateway beacon devices to make it a fully internet capable device.

“A sensor doesn't mean much unless there is a powerful gateway to collect and analyse the data,” he added. “We already had the servers, the analytics, and the gateways.  The mBeaconSense was the missing piece.”