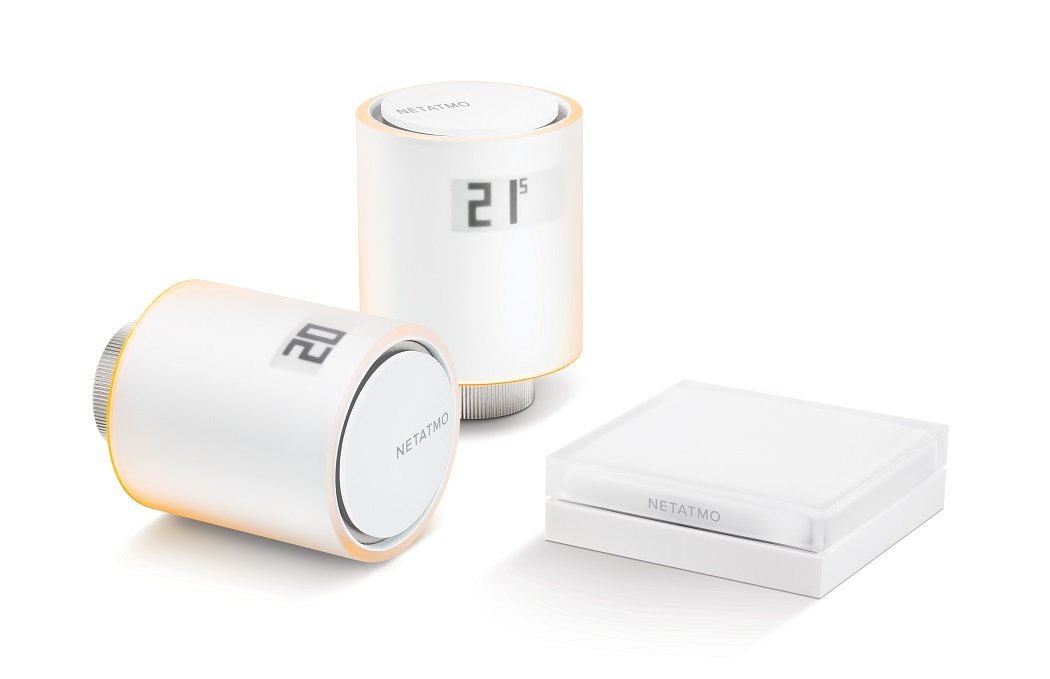 By Ryan Daws | 2nd September 2016 | TechForge Media
Editor at TechForge Media. Often sighted at global tech conferences with a coffee in one hand and laptop in the other. If it's geeky, I'm probably into it.

Netatmo has announced the latest product in their smart heating range called 'Valves' to control radiators on a room-by-room basis for more granular management of temperature.

The announcement of a smart radiator valves is a lot sexier than it sounds – not just because they're crafted by pioneering French designer Philippe Starck – but also because they bring Netatmo's exciting innovation to something which should be mundane.

Netatmo's valves extend their existing smart thermostat product to offer a comprehensive heating solution. With the bold claim of a 37 percent reduction in energy consumption, each valve replaces those on your current radiators to enable individual rooms to be heated or cooled as required.

Rules can be set to cater for the needs of each home. For example, the bathroom could be heated to 21°C during the morning, but not for the rest of the day when it is not being used. The parents' bedroom remains at 16°C during the day when it is empty, and the kids' room is heated at 19°C from 5PM on weekdays after they're due home from school.

The valves use built-in sensors for detecting room temperature and can adjust each radiator to increase or decrease the ambient warmth. One impressive feature – an example of Netatmo's approach to usability – is the ability to detect an open window by temperature drops and shut off the valve without user input for both convenience and further energy savings.

"If you open the window to air out the home and forget, it's very useful because the valves will switch off the radiator in that room to prevent wasted energy," says Christelle Manach, Senior Product Manager of Energy at Netatmo.

Another smart feature is smart regulation, which analyses external elements in real-time such as the weather, insulation of the house, the number of people in the room, electrical appliances being used, and cater the heating of the room to save as much energy as possible. "If you're cooking in the same room as many people, for example, the valve will switch off automatically before the room gets too hot," explains Manach.

We each have individual temperature preferences, which is more apparent in the case of families who spend time in various areas of the home. Every room being the same temperature is neither efficient or comfortable. The low-power e-Paper screens on each valve provide a clear temperature display regardless of whether they're in direct light or not.

Although compatible with both Android and iOS, Netatmo has implemented Apple's HomeKit for control of their valves using voice through commands such as "Hey Siri, decrease the temperature of the living room of 2°C". You will need the Netatmo Energy App on both platforms to control the valves. A web app is available for PC and Mac.

Netatmo offers IFTTT integration with most of their products, and this was confirmed to us to be in the pipeline for Valves but it may be offered post-launch. No announcements were to be made about integration with smart 'hubs' such as SmartThings, Amazon Echo, or Google Home, but that's little surprise considering the limited rollout they have in the European market. Future integration wasn't ruled out.

Enable individual rooms to be heated or cooled as required.

The valves are compatible with 90 percent of water radiators available on the market. You do not have to bleed the radiator before installation and can simply unscrew the old thermostatic valve to install the Netatmo Valve with a provided adapter. For manual valves, users should refer to a plumber for installation. Each valve has a two-year battery life.

We're enamoured by the design, which is of little surprise considering the aforementioned designer the company used for this product. Great design is something we've repeated in all our reviews of Netatmo products thus far, and it's something which all companies should prioritise when building smart home products.

Overall, the Netatmo Valves appear to be the most comprehensive smart radiator solution on the market. Such functionality comes at the RRP of £59.99 each which could be steep for many customers, however, there is a point to be made the potential energy savings of this product will pay for itself over the long-term.

You can buy Netatmo's Smart Thermostat now, but the Valves aren't due to launch until the end of this year. You can find their official product page here.

Are you impressed with Netatmo's approach to smart heating? Share your thoughts in the comments.