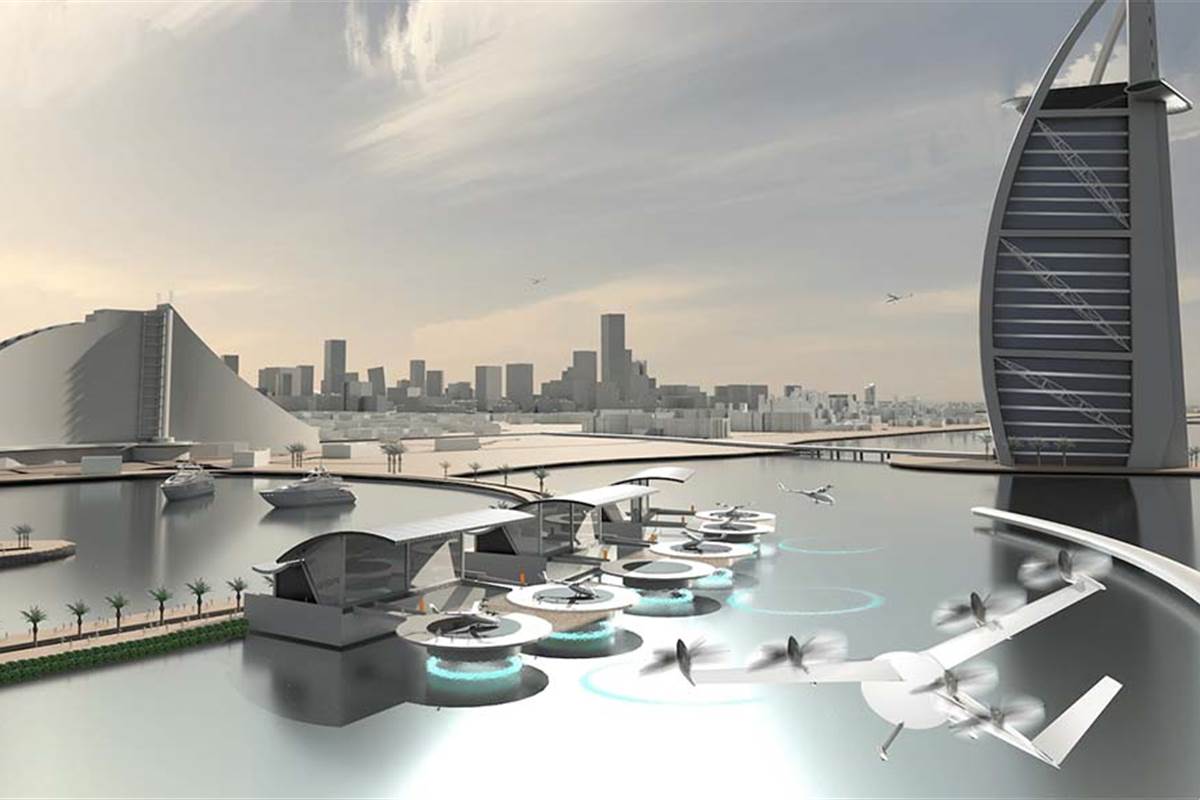 By Ryan Daws | 26th April 2017 | TechForge Media
Editor at TechForge Media. Often sighted at global tech conferences with a coffee in one hand and laptop in the other. If it's geeky, I'm probably into it.

Anyone who’s into sci-fi will have dreamed of flying cars and probably thinks we’re overdue. Just last week, we reported Lilium successfully completed maiden flights of its VTOL taxis on a German airfield. This week, we’re hearing Uber has decided on Dallas and Dubai as its pilot cities for their flying vehicles.

Uber has long expressed its desire to launch airborne taxis and has a dedicated R&D unit called Elevate working on making the dream a reality. Officials at the company are saying they expect the opportunity for some individuals to travel above ground-based traffic will arrive by 2020.

This will come as a relief to inner-city dwellers fed up of increasing congestion bringing traffic to a standstill, increasing their journey times, and adding to deadly pollution levels. While initial prices are likely to be high, costs are expected to rapidly decrease and could even be cheaper than ground-based transport today.

Based on Uber's calculations, a two-hour drive between San Francisco's Marina neighborhood to downtown San Jose would only take 15 minutes in a VTOL aircraft. "We think we can start this for roughly the cost of UberX," said Jeff Holden, Chief Product Officer at Uber.

Similar to Lilium’s VTOL taxis, Uber’s vehicles will be electric and produce zero emissions and little noise. The company demonstrated how "UberAir" could become an in-app option, just like choosing between UberPOOL and UberXL today.

Now the technology is almost ready for take-off, the biggest hurdle will be convincing passengers and aviation authorities the technology is safe and working out how to handle air traffic control. Uber currently anticipates having its flying taxi service transporting customers as soon as 2023.

“Imagine literally landing at an airport, taking like an air train or just walking to another aircraft, getting on, and landing at your final destination in minutes,” Holden said. “This is what we’re bringing.”

When do you expect to see flying taxis being rolled out? Let us know in the comments.