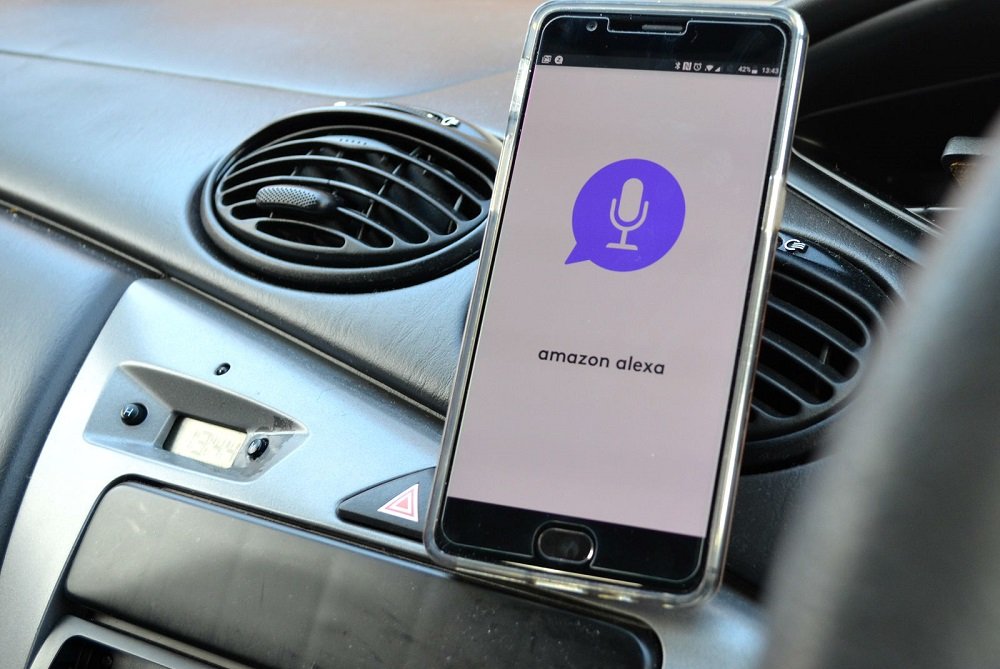 By Ryan Daws | 24th February 2017 | TechForge Media
Editor at TechForge Media. Often sighted at global tech conferences with a coffee in one hand and laptop in the other. If it's geeky, I'm probably into it.

A recent update for the Logi ZeroTouch added support for Alexa, and we think it's made the car hands-free kit worth a second look.

When the ZeroTouch was first released it was a fairly standard product without a standout feature to warrant its high price tag. Two models of the mount are on the market – the air vent version has an RRP of $59.99 (£49.99) while the dash model is $79.99 (£59.99).

An update earlier this month added Amazon’s digital assistant Alexa to ZeroTouch and in doing so delivered the killer feature it needed. Now, when you activate the ZeroTouch using your chosen gesture, you can say “Alexa,” and issue a command in your car as you would an Amazon Echo or similar Alexa-compatible device.

The real praise goes to Amazon for turning Alexa into the dominant smart home platform it’s become with a strong developer outreach and simple tools for building “Alexa Skills” to extend what the AI can do. Most of the major consumer IoT devices are compatible with Alexa so you're able to control them while on-the-move from the comfort of your car.

We’ve tested Alexa on the Logi ZeroTouch to command a Hive smart thermostat to heat up the house on the way home from work, and even turn on Hue lights from the driveway to prevent fumbling around looking for the switch. Both integrations worked flawlessly.

That doesn’t mean we haven’t encountered any issues with Alexa on the ZeroTouch. When asking for the weather, on repeated occasions it provided the weather for Seattle despite being in the UK. Asking more precisely for the weather in Bristol, the response was for the city of the same name in Tennessee. While much nicer weather, it wasn't the information we hoped for.

Other queries were handled without an issue and even went beyond expectations on some occasions. When asked “What is the latest Manchester United score?”, Alexa responded not only with the score, but also with information about when the next match is. You can see this in action in our video review below:

Beyond the Alexa functionality, the rest of the ZeroTouch’s basic features work great. There's clear thought which has been put into ensuring interactions are safe while driving and the software has broad compatibility with most popular services including the likes of Deezer and Spotify for music, Yelp and Foursquare for locations, and WhatsApp and Facebook Messenger for messaging.

You can either choose to activate the ZeroTouch by holding your hand briefly in front of your smartphone or via a wave. These simple gestures allow you to keep an eye on the road and return your hand to the steering wheel quickly. You can ask Logi’s own assistant things like “Read my last Facebook message” or “Send a message to…”, and we’re impressed with how it picked up even the most obscure surnames which posed a problem for some other assistants.

As you would expect, if a message or call is received, the full details are read out and you will be prompted about how you would like to proceed so you can take action while minimising distractions. Whenever you want to cancel a command, you can use the same gesture as you chose to activate ZeroTouch.

Overall, we’re impressed with the Alexa update for ZeroTouch. As of writing, no other device brings such a high degree of functionality into your existing car in this price range. You could buy a fancy new connected car or an expensive Android Auto/CarPlay head unit, but you’d be paying a lot more than ZeroTouch’s asking price.

When Google expands Assistant beyond Pixel smartphones and improves the number of smart home integrations, in theory, all you will need is the purchase of any cheap mount. Right now, however, ZeroTouch feels like it offers significant value for what it can do and it's certainly worth a second look if you've invested in Alexa at home.

Do you think Alexa makes the Logi ZeroTouch more appealing? Let us know in the comments.