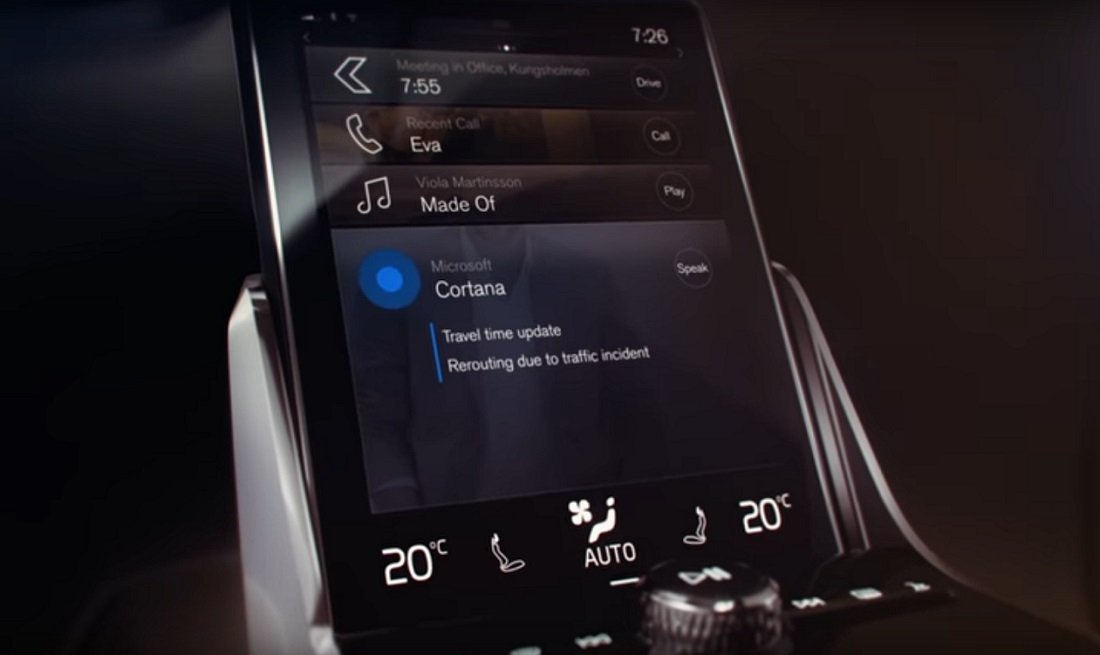 By Ryan Daws | 26th January 2017 | TechForge Media
Editor at TechForge Media. Often sighted at global tech conferences with a coffee in one hand and laptop in the other. If it's geeky, I'm probably into it.

Microsoft has ambitions to put their Cortana in the car and signed a partnership with Volvo in December last year to integrate the virtual assistant with their vehicles. A new video released by Volvo demonstrates how Cortana will help people to be more productive while travelling.

In the video, a businessman in a driverless car interacts with Cortana through a small earpiece. A meeting is conducted over Skype for Business, and his coffee is paid for using Microsoft Wallet via a small cufflink device.

Cortana orders the aforementioned coffee ahead of time so the businessman can pick it up and get on his way quicker. While the Microsoft Wallet is available in all regions on Windows Phones, contactless payments are currently permitted for users in the United States.

Volvo is working on integrating Skype for Business into new cars – currently announced models include the XC90, v90, and S90.

The partnership between Microsoft and Volvo has also resulted in an augmented reality experience using HoloLens which combines the real and digital world to “create a new, interactive and exciting way for consumers to explore our cars and our brand in the future.”

Volvo says one-day HoloLens could “enable people to configure a car and see changes of colour, trim or wheel design in the most realistic way possible.”

What are your thoughts on Volvo's partnership with Microsoft so far? Let us know in the comments.