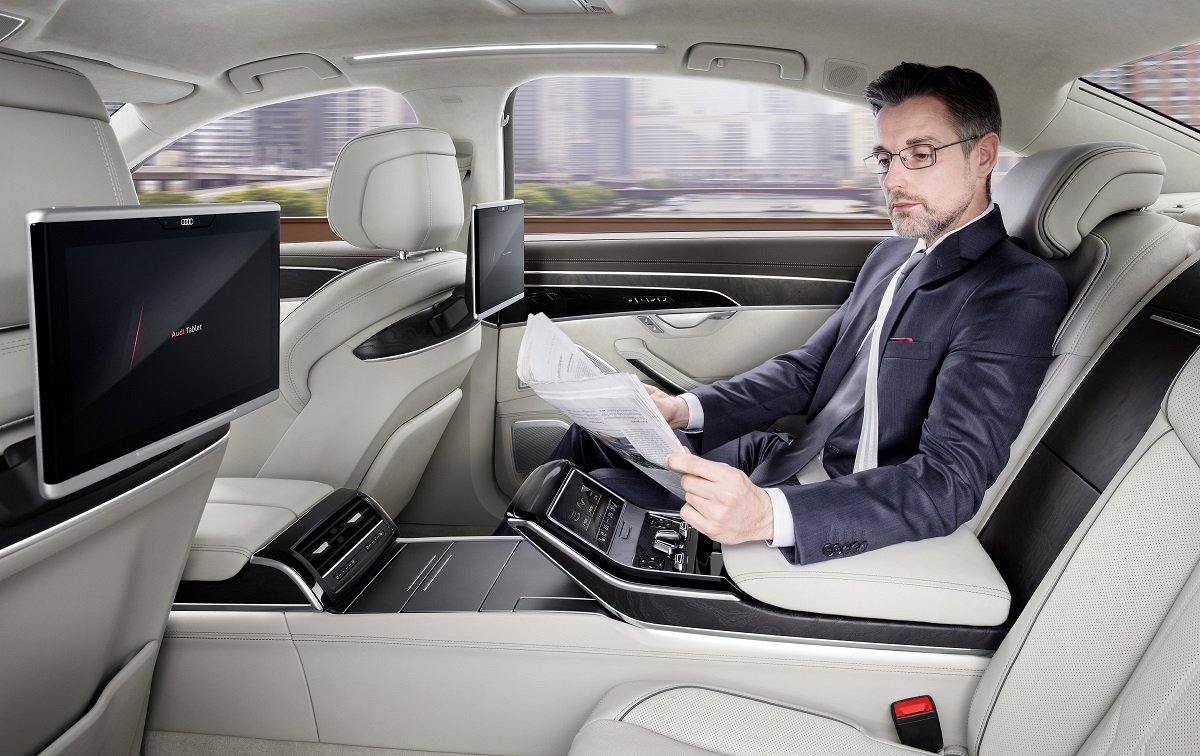 By Ryan Daws | 13th July 2017 | TechForge Media
Editor at TechForge Media. Often sighted at global tech conferences with a coffee in one hand and laptop in the other. If it's geeky, I'm probably into it.

Audi announced earlier this week its upcoming A8 will be the first vehicle in production to ship with ‘Level 3’ self-driving technology, and now we know Nvidia is helping to power a lot of the smarts behind it.

The A8 was unveiled last Tuesday and will include six Nvidia processors to power self-driving technology such as ‘traffic jam pilot’ as well as other, more standard features such as the infotainment system, virtual cockpit instruments, and tablets on the back of the front seat headrests for passengers in the back.

Audi’s latest Modular Infotainment Platform, the MIB 2+, serves as the control hub for all these functions. It integrates a cutting-edge K1 processor by NVIDIA. A second K1 chip generates the graphics on the Audi virtual cockpit which, as the digital instrument cluster, offers a full HD resolution of 1,920 x 720 pixels.

Level 3 self-driving technology is a step up from the current Level 2 found in production cars from the likes of Tesla whose Autopilot feature provides assistance on the highway but requires a driver pays attention to resume control if needed.

This categorisation means drivers of the A8 won’t have to pay attention under certain safer road conditions. One requirement is the car must be driving 37 MPH or slower on a highway with a physical divider. If this requirement is met, a driver can do whatever else is legal behind the wheel and the system will alert when manual control is required.

Powering the self-driving features of the A8 is the central driver assistance controller (zFAS) which computes an image of the surroundings by merging sensor data. As well as the radar sensors, a front camera, and the ultrasonic sensors, Audi claims to be the first car manufacturer also to use a laser scanner.

Beyond the aforementioned traffic jam assistance on the highway, the A8 includes remote parking and remote garage parking features.

What are your thoughts on Audi’s partnership with Nvidia? Let us know in the comments.