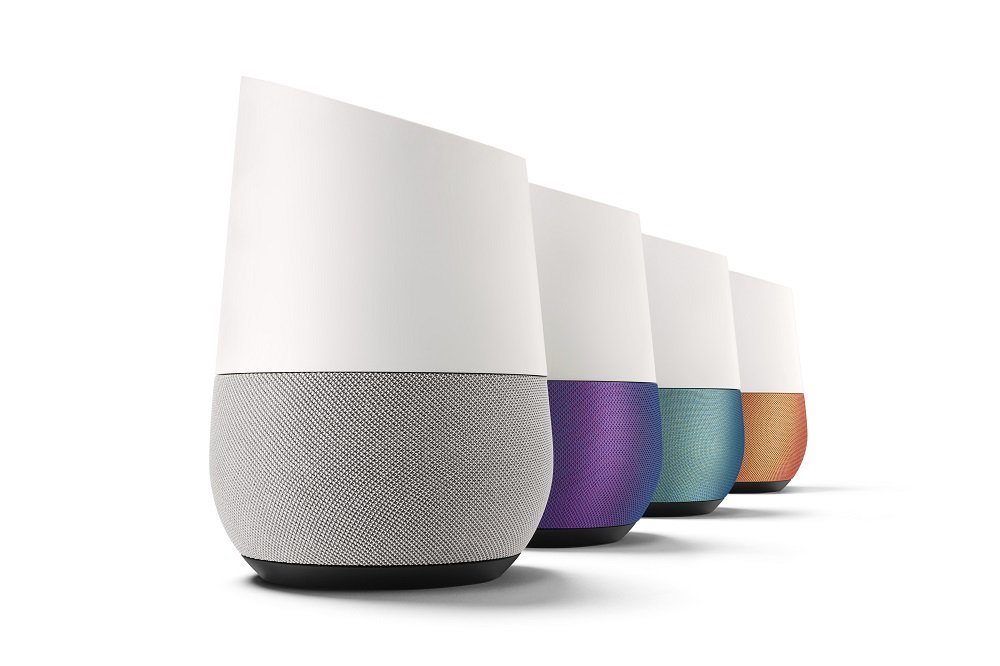 By Ryan Daws | 28th March 2017 | TechForge Media
Editor at TechForge Media. Often sighted at global tech conferences with a coffee in one hand and laptop in the other. If it's geeky, I'm probably into it.

Google Home will launch in the UK on April 6th and go head-to-head against the popular Amazon Echo for control of IoT technology in smart homes.

The launch of Home in the UK provides a big opportunity for Google and represents just the second major market the device has launched in outside the US. Google Home will face strong competition from Amazon Echo – a competitor which has been available since September last year and garnered a loyal following.

Google has announced some new partners targeted at Brits

One potential advantage for Google comes from the strength of its virtual assistant which is often considered to be superior to Alexa and Siri for day-to-day queries thanks to a long history of crawling web content and leadership in machine learning-based technology; including some impressive voice recognition.

The web giant also benefits from a large swathe of users who are invested in their ecosystem and services. Google is currently rolling out Google Assistant, the AI built into Home, to Android phones running Marshmallow and above. This will either help or harm sales of the Home as Android users will already have the same functionality built into their smartphones, but it also has the potential to entice consumers with little current experience of virtual assistants to appreciate their convenience and want dedicated hardware which is accessible to everyone.

Amazon’s laudable developer focus has built a flourishing IoT ecosystem where most smart home devices from various partners integrate with Alexa, or users can even build their own ‘Skills’ with relative ease. As a brand, people also seem to have fewer concerns about Amazon listening in on their conversations than Google despite both devices promising only to send encrypted voice samples to their servers after the respective “Alexa,” or “Ok, Google” trigger words are detected.

For its UK launch, Google has announced some new partners targeted at Brits including content from the BBC, The Guardian, Financial Times, The Sun, The Telegraph, Huffington Post, Sky News and Sky Sports. More will be added over time.

The existing Chromecast integrations will naturally continue to work in the UK such as the ability to ask Google Assistant to play video content on a TV, or play music on speakers connected with a Chromecast Audio, either across the house or in just some rooms.

You’ll be able to buy the Home from the Google Store or Argos, Dixons, John Lewis and Maplin from April 6th for £129 (undercutting the standard Echo price by £20.) Swappable coloured bases will start at £18 for fabric and £36 for metal.

What are your thoughts about Google Home so far? Let us know in the comments.