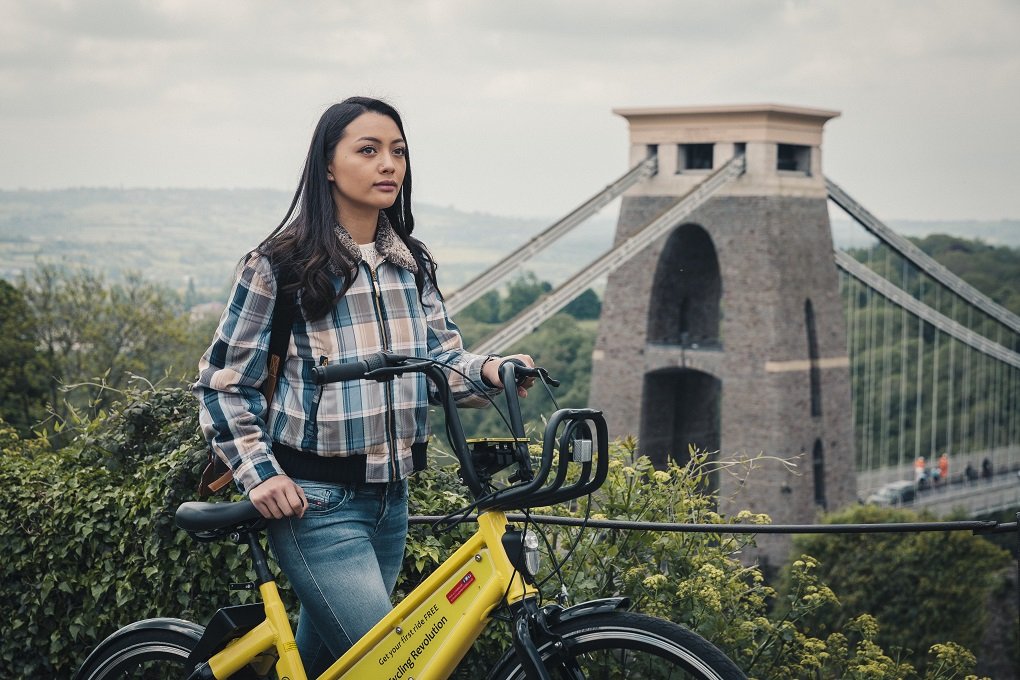 By Ryan Daws | 8th May 2017 | TechForge Media
Categories: IoT, Smart Cities,
Ryan is an editor at TechForge Media with over a decade of experience covering the latest technology and interviewing leading industry figures. He can often be sighted at tech conferences with a strong coffee in one hand and a laptop in the other. If it's geeky, he’s probably into it. Find him on Twitter: @Gadget_Ry

YoBike, a new app-based bike-sharing service, has chosen Bristol as its European launch city in the startup’s bid to make local transport more sustainable and convenient.

While bike-sharing schemes have seen rollouts not just in the UK but around the world; most require users to pick up and deposit bikes at set locations around the city. YoBike takes a smarter and more convenient approach with bikes able to be locked up (and picked up by other users) in any legal and safe location.

Built-in digital locks allow users to discover and unlock the bikes via YoBike’s app on iOS or Android and pay for the desired usage time. A bike can be rented for £1 per hour, 24 hours for £5, or an annual commuter pass is available for just £39 which allow for two, one-hour-long rides per day.

Similar business models to YoBike are popular in Asia but it’s the first time such a bike-sharing scheme is available in the UK. While most other schemes, including the so-called ‘Boris Bikes’ in London, offer heavy and clunky bikes – YoBike promises high-quality aluminium-alloy bikes which require minimal maintenance due to features such as punctureless tires.

If a bike goes missing after it’s been properly locked, YoBike will not charge the previous user and the bike should be able to be located using a built-in GPS. A number of measures have been implemented to deter thieves including a siren which goes off if the bikes are tampered with and custom-made parts which are useless to private bikes.

“Anyone who steals these bikes will be disappointed,” said YoBike UK CEO Michael Qian. “There’s really not much you can sell for use on other bikes and the bright yellow bikes themselves are so recognisable it would be very difficult to sell them on in one piece.”

300 of the bikes are set to be delivered to Bristol in May and will rise to more than 500 before the end of the month. Opening the app earlier today showed a wide selection of parking spots but not many bikes yet available:

“Our fleet of bikes will help Bristol meet its target for becoming a greener city, combatting congestion and setting an inspiring example to other cities across the UK”, comments Qian. “YoBike wants to promote and facilitate safe cycling, which is affordable and convenient for people living and working in the city”.

The company’s app is easy-to-use and offers some fun but useful stats including calories burned and the amount of carbon emissions saved.

Bristol is often considered to be an environmentally-conscious city and was awarded the European Green Capital award in 2015, but poor transport links have also led to it being among the most congested. YoBike will appeal to both denizens looking to live greener lifestyles and those just looking for cheaper and more convenient transportation options.

YoBike has partnered with a Bristol charity Life Cycle which trains prisoners in mechanic skills on how to strip down, repair, and rebuild bikes, with the aim of achieving City & Guilds accredited qualifications in Cycle Mechanics. Prisoners from HMP Bristol Prison will help with the maintenance of YoBike’s bikes following their initial launch phase.

Further adding to YoBike’s smart city credentials, the company is working with Drayson Technologies to add CleanSpace environmental sensors to the bikes. Usage data will be shared with local government to assist with future resource planning and congestion initiatives.

What are your thoughts on YoBike’s bike-sharing scheme? Let us know in the comments.