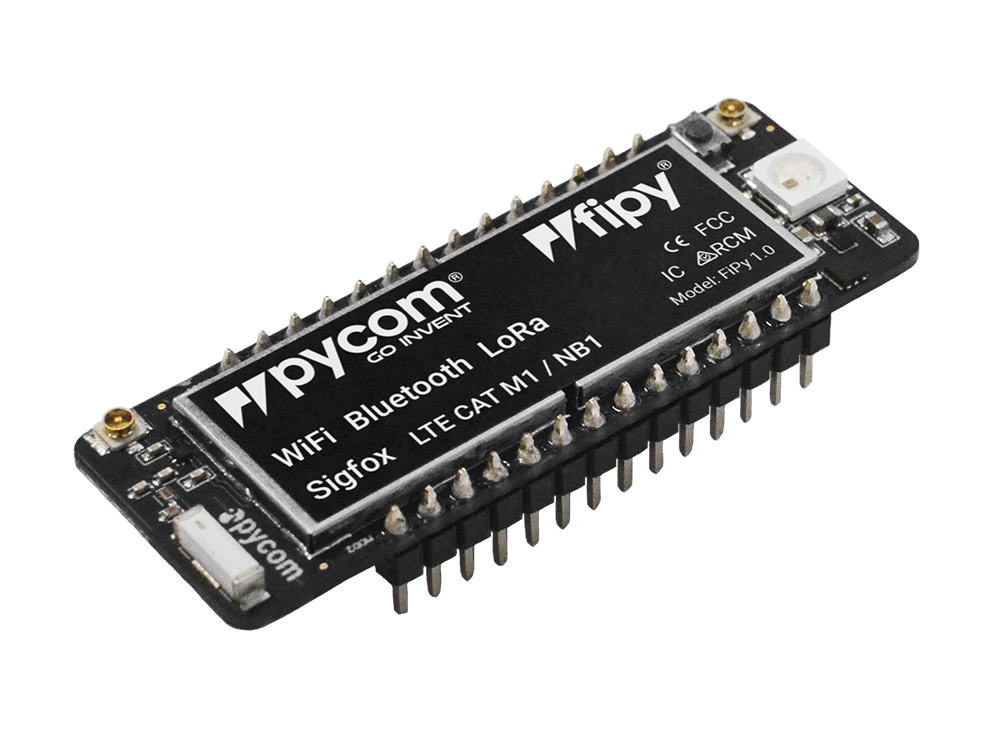 By Ryan Daws | 20th November 2017 | TechForge Media
Editor at TechForge Media. Often sighted at global tech conferences with a coffee in one hand and laptop in the other. If it's geeky, I'm probably into it.

Pycom, a UK-based IoT module manufacturer, will launch its FiPy device worldwide at the end of November and will be presenting a seminar and hackathon in New Zealand.

FiPy claims to be the first to support five different radio communications technologies: WiFi, Bluetooth, LoRa, Sigfox and dual LTE-M (CAT M1 and NB-IoT) and to “contain all the core capability for developing the sensing devices needed by IoT applications.”

The device features a built-in operating system with support for MicroPython, a light version of the popular web programming language. It’s hoped this support will help developers to rapidly build and deploy new applications using FiPy.

John McDermott, IoT Auckland Meetup group founder and workshop organiser, says “This is a very timely visit by Pycom to launch their new device and accelerate the local expertise of IoT development.

“Vodafone recently announced the upgrade of their 4G LTE network to the NB-IoT standard, and Spark has also announced a competing LoRaWAN and LTE CAT-M1 wireless service. With the Australian network operator Thinxtra having already deployed a Sigfox network during 2017, New Zealand is now in a prime position to develop world-leading IoT applications.

"Pycom devices are an enterprise-grade solution and suitable for industrial, smart city, environment as well as agricultural and many other IoT applications. Kiwi entrepreneurs will have more ability to create solutions as a result of the Pycom visit," McDermott adds.

The workshop is being hosted at Auckland’s TechBunker on November 27 from 9am to 5pm. Details can be found here.

Related: UK to boost ‘industries of the future’ funding – including AI, IoT, and driverless cars

What are your thoughts on the IoT market in New Zealand? Let us know in the comments.