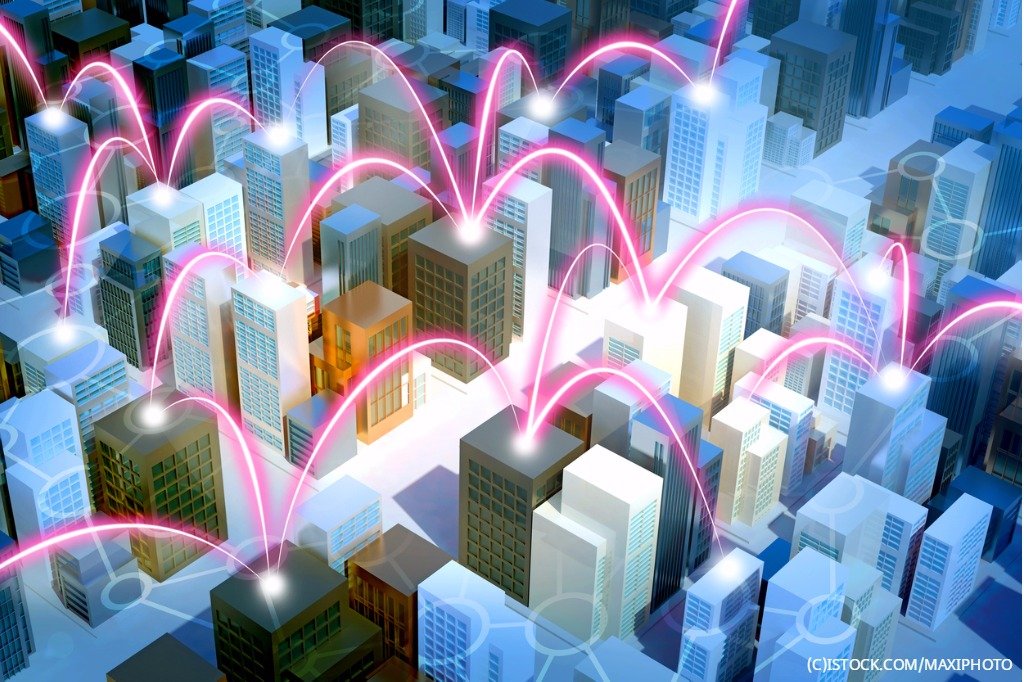 Today, the world is on the verge of mass introduction of the Internet of Things (IoT) into everyday life and business. It is expected that its serious development is inextricably linked to the new standard of mobile communication, 5G, which is at the final stages of development and testing.

With its help, a great number of smart devices connected to the network can be managed. However, today there are devices, the technical characteristics of which allow even administrating the operation of IoT-devices even within the capabilities of existing networks.

As we remember, users could initially only go online through computers connected to it. But with the beginning of the era of smartphones, their owners got mobile access to the Internet. The development of wireless networks has become fertile soil for connecting any devices that can exchange information via a network interface, and receive the name ‘Internet of Things.’

According to BI Intelligence, in 2016, approximately 6.6 billion IoT devices were recorded, but by 2021 the number is expected to go up to no less than 22.5 billion. This suggests that in the next three to five years we will be able not only to see the active development of the Internet of Things, but also become direct participants and users of global IoT systems that will radically change our lives.

Recently, IoT has become an increasingly popular topic, especially in connection with 5G, which will expand the functionality and infrastructure of smart devices. According to industry calculations, their mass introduction will take at least five years. One of the main obstacles is the lack of uniform standards of work for a variety of devices included in the IoT system. However, developers are looking for the right solution, to find a way to facilitate ‘communication’ with ‘smart’ devices through a normal smartphone.

Perhaps for today it is one of the optimal solutions for communication between different IoT devices, and a kind of control panel for them. In other words, today the smartphone not only facilitates communication with ‘smart’ things, but, being a fully-fledged gateway, acts as an adapter, or basic platform for IoT. This is facilitated by a number of factors, one of which is the mass nature of its spread. According to IHS Markit, by the end of 2016 there were approximately four billion smartphones in the world, and by 2020 this number could reach six billion. In comparison, today there are approximately 7.4 billion people in the world, and according to UN forecasts, the number will not exceed 8 billion. The percentage of people who have smartphones will grow very significantly.

Most modern smartphone models are perfect technical devices. Their software and processor power make it possible to connect to and control a larger number of different IoT devices. And the basic set of sensors and other devices available in the smartphone makes it possible to build a network whose dimensions can far exceed the ‘human’ Internet. In addition, smartphones can be used as a hub on the way to the cloud, where all the necessary information for full interaction of IoT devices is stored. Thus, despite its ‘sophistication’, the smartphone remains easy to use, and most importantly, an affordable device, which performs the functions of data transmission and reception, management and configuration of IoT devices.

But still, the main link in communication remains human. In most cases, people initiate the interaction of devices in the IoT system. And this suggests that a person becomes a part of it and can control the flow of information, initiate or accept management commands. That is, with their participation, a new system is being formed called the ‘Social Internet of Things’ (SIoT).

With the arrival of the 5G connection, and the projected increase in the world of ‘smart’ devices to 50-100 billion, a qualitatively new level of IoT interaction will be needed. And for this, you need compatibility of their work protocols, since it is the possibility of uninterrupted communication of various ‘smart’ devices which adds significantly to their functions. This will be one of the drivers for the mass distribution of IoT systems. As an aside, as early as 2015, McKinsey found that about 40% of the total economic value of different IoT systems is derived from their ability to interact with each other’s incoming devices – i.e. compatibility. Limited compatibility sharply reduces the value and usefulness of such a system and leads to its lack of demand by users.

Therefore, to take full advantage of the IoT concept and the capabilities of 5G, today’s disparate systems must learn to interact and exchange information. The solution to this problem is a complex, time-consuming and expensive task, but application developers and device manufacturers, together with companies implementing IT systems, will have to agree on the necessary minimum of common standards and protocols. So in any case, solutions will be found that will lead to their unification, much like it was with the set of TCP/IP network protocols.

When this happens, ‘smart’ devices in huge quantities can be organised into a global network of physical objects that are connected to the Internet through gateways (hubs or specialised IoT platforms). The latter perform the necessary translation between the protocols used in the communication networks and in the devices themselves. At the same time, a lot of hardware platforms will be able to act as a gateway, starting from ordinary routers and ending with specialised ‘boxed’ solutions. This is mainly to provide connection and maintenance of such a large number of devices, as well as to provide the appropriate tools for processing and storing data from them.

Ideally, it should be multi-user and be able to combine not only IoT devices, but also people – and the most suitable option here is an IoT platform with billing, rating and mediation tools. With its help, users can not only managed the connected devices, but also create new device configurations and all possible scenarios for their use. Data will be stored in the cloud, and managed smart devices can be located at great distances from each other, even on different continents. This is a fantasy that will become a reality at some point in the near future.

At first glance, for the uninitiated, everything related to IoT can seem like something incredible. But this is literally tomorrow’s reality, the offensive of which is very desirable not to overstep. The world around us is changing, regardless of our will, and one day, for example, your TV suddenly becomes the control centre of anything and everything, as systems necessary for this have already been built in by the manufacturer. It has a display, a microcontroller, a network card, an operating system, and everything you need to communicate with other network devices. By registering the appropriate modules with the IoT designer and connecting your smart TV to the cloud, and user can interact with the new digital and wireless world surrounding them in full and with the right parameters. This interaction can be the most unexpected.

Recently, a young IT company, CleverPet, started producing games and training consoles for dogs. A special bowl with a built-in Wi-Fi module, coloured buttons, and a speaker, gives the animal various tasks, rewarding for the correct pressing of buttons in sequence with a portion of food, and informs the owner about its actions. The device also allows owners to feed their pets at a set time. These examples show that the IoT is in fact a huge field for experiments – and despite the fact that the era of ‘smart’ devices is just beginning, there is plenty to say that the coming IT revolution will be connected with the Internet of Things.