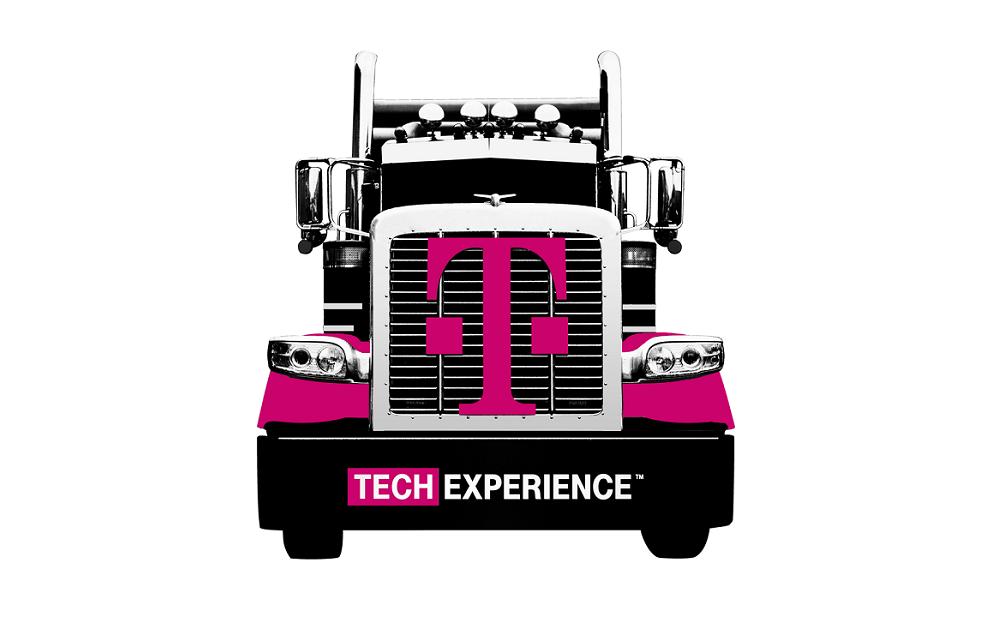 By Ryan Daws | 7th August 2018 | TechForge Media
Categories: IoT, Smart Cities & Homes,
Ryan is an editor at TechForge Media with over a decade of experience covering the latest technology and interviewing leading industry figures. He can often be sighted at tech conferences with a strong coffee in one hand and a laptop in the other. If it's geeky, he’s probably into it. Find him on Twitter: @Gadget_Ry

T-Mobile is embarking on a road trip in a ‘Tech Truck’ packed with IoT and 5G technologies in order to build hype about their possibilities.

The semi-truck features T-Mobile’s signature magenta and will be touring all over the country for a year to show the network is on the cutting-edge of innovations.

It was built in the company’s national technology lab based in Bellevue it calls ‘Launch Pad’ where engineers work on the next-generation of wireless technologies.

Many of these developments will now be hitting the road.

“The T-Mobile Launch Pad lab is the heart of our network innovation and cutting-edge technology. It’s where our engineers design America’s fastest 4G LTE network, disrupt the industry, and continue to help architect the future of wireless.

5G is becoming a reality in this building, and everyone’s invited to witness it and to see the future for themselves!”

Demonstrations will be provided of things such as drones, AR & VR, and interactive displays will show how smart cities enabled by the IoT and 5G will improve the lives of citizens.

“Neville [Ray, CTO at T-Mobile] and his team have been doing amazing things on our network for years now… but 5G is going to change everything, and you have to see it to really appreciate it!” comments Legere.

“We are bringing this new technology to customers here in the U.S. as soon as phones are ready for it, and when we team up with Sprint – we’ll really kick 5G into high gear for American consumers.”

Based on its current plans, T-Mobile wants to have a nationwide 5G network by 2020.

The company is currently attempting to convince regulators to authorise a £18.9bn merger with Sprint. A previous attempt under Obama’s administration was blocked, although Trump’s has shown to be more flexible.

If allowed to proceed, the merged companies will have around 130 million subscribers which brings the company much closer in size to the big two – Verizon (143.6m) and AT&T (136.5m).

T-Mobile’s tour may be as much about convincing regulators of the benefits it can bring to the US as much as consumers.

What are your thoughts on T-Mobile’s road trip to demonstrate IoT and 5G technologies? Let us know in the comments.