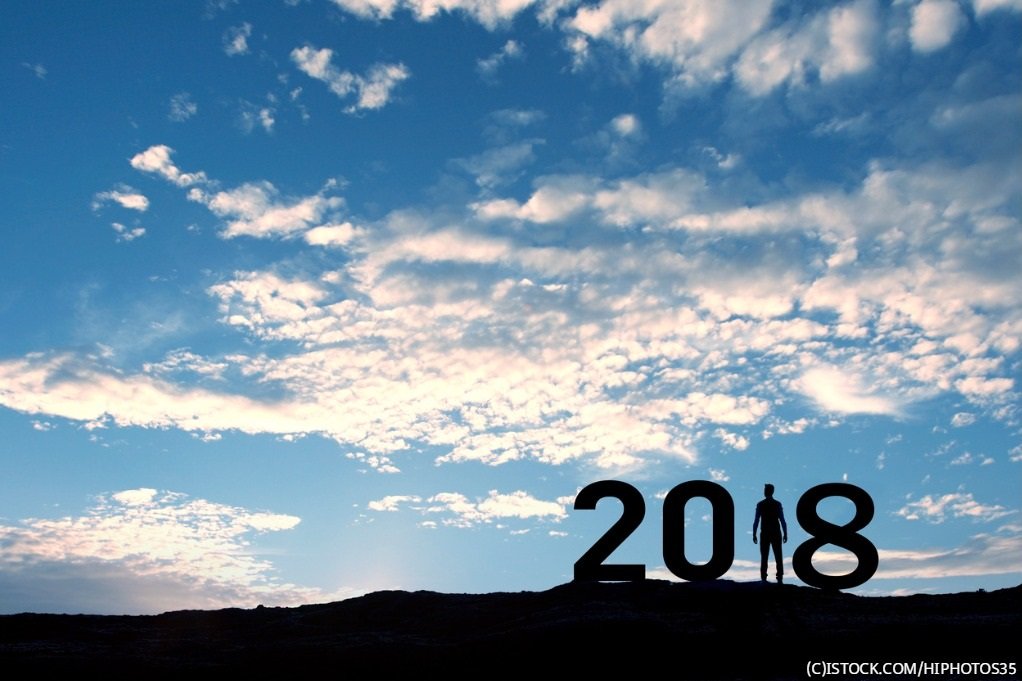 By James Bourne | 3rd January 2018 | TechForge Media http://www.cloudcomputing-news.net/
James is editor in chief of TechForge Media, with a passion for how technologies influence business and several Mobile World Congress events under his belt. James has interviewed a variety of leading figures in his career, from former Mafia boss Michael Franzese, to Steve Wozniak, and Jean Michel Jarre. James can be found tweeting at @James_T_Bourne.

It won’t come as much surprise that 2017 was a major year for the Internet of Things (IoT). Nor will it come as any surprise that 2018 is expected to be another banner year. Here, IoT News looks at the key trends of last year, and asks a series of experts what they expect to see in the coming 12 months.

Industrial IoT: According to Grand View Research, the global industrial IoT market is expected to reach $933 billion by 2025. Yet a lot of the research which came this publication’s way in 2017 focused on the limitations enterprises are facing. A March study from Tripwire found that the vast majority of IT professionals believed an increase in IIoT cybersecurity attacks was imminent, while in February Alex Vilner wrote of the importance for technology firms in getting the basics right before approaching manufacturers.

Despite this, plenty of good work is taking place in a variety of industries as the below articles show, from the oil and gas sector, to healthcare, to pharmaceutical.

Whichever opinion you end up agreeing with, plenty of developments took place over the past 12 months. The initiative between Intel, BMW, and Mobileye progressed frequently; firstly with Intel acquiring Mobileye, then Delphi and Fiat Chrysler joining the project. Intel said in May it had “unwavering confidence” in its success, unveiling an innovation centre for autonomous driving in the same breath.

NVIDIA made moves too – alongside an AI project with Volkswagen, Audi’s A8 was the first vehicle in production to ship with ‘Level 3’ self-driving technology – while a study from Juniper Research in September prophesised that drivers for platforms such as Uber and Lyft will double over the next five years.

Then there were the investments. Among others, Jaguar Land Rover invested $25 million into Lyft, while Uber bought tens of thousands of Volvos in order to boost its driverless push.

AI: In a presentation towards the end of 2017, Andreessen Horowitz partner Benedict Evans analysed four emerging technological S-curves; of those four, autonomy was stuck in the gate where the goal was to get the technology to work; cryptocurrency was where the tech worked but the right product market needed to be found; and mixed reality was somewhere between the two. AI, however, was in the ‘pour on rocket fuel’ stage.

Naturally, a lot of this innovation is in the automotive realm. This publication reported in May that Milton Keynes was using artificial intelligence to help reduce gridlock during rush hour traffic jams, while in February Ford announced plans to invest $1 billion into an AI startup. Indeed, the UK appears to be well-placed. Chris Bishop, lab director at Microsoft Research in Cambridge, posited in December how the UK could be a leader in the sector but fears losing out in the talent race, while Oxford Insights found in the same month that the UK was ranked top of the tree for international governments’ readiness towards artificial intelligence.

Yet plenty remains to be done, not least to sate fears – primarily propagated by Elon Musk – that AI will be a threat to humanity. As Evans noted, AI is picking up spatial reasoning, while an opinion piece from June around Facebook’s bots which appeared to be conversing in their own language made for particularly interesting reading. “Pattern matching is just one part of general intelligence,” this publication wrote. “We’re only beginning to understand spatial reasoning ourselves, but we know it consists of a deep set of algorithms honed to improve our chances of survival.

“Implementing spatial awareness for AI is the next big step, but when – like with pattern matching – it surpasses humans, that’s when it’s time we accepted our intelligence no longer gives us an edge over the machines.”

Below are a series of predictions from executives in the space around what 2018 will hold:

“In 2018 mainstream developers will dive into learning how to program quantum computers. This emerging technology will start to capture developer mindshare especially in areas like data science, analytics, machine learning, and artificial intelligence.

“Advances made in 2017 will see a wealth of new tools, and languages available to the average developer. This combined with more generally available hardware simulators and emulators, open source, and cloud-based quantum computers will all provide developers with the platform required to start coding new and exciting applications.”

“For the sake of tomorrow, AI needs to be used on both the offence and the defence, because in the near future we’ll be looking at an AI vs. AI combat zone for the first time. There will be a transition where warfare in general will move from traditional state actors and humans engaging in the process, to AI leading the front.

“For example, AI could be directed to attack foreign states and corporations at a veracity that humans cannot defend. Now is the time to discuss purpose-driven AI for good so we can work to protect our society.”

John D’Ambrosia, chairman of the board, Ethernet Alliance

“As autonomous cars inch closer to reality, it cannot be understated how intertwined the true potential of this vision and the connected car are. Of course, this means that the bandwidth demands fuelling the applications empowering the connected driverless car and its passengers must be considered.

“With 117 million cars forecasted to be produced for 2019, the potential bandwidth demands will reverberate through the entire networked ecosystem, and only grow from there.”

“From chatbots to more obscure AI algorithms deployed on machinery, AI is becoming more and more embedded in our working lives. Even more interesting is how the rise of AI has led to the proliferation of data – now, everybody owns data, whether you are an OTT player or a supermarket. Companies are becoming more and more creative in the way they use data to their own ends.

“We will see real-life IoT use cases for both business and consumers emerge. IoT will make home automation more prevalent. From your dishwasher and washing machine, through to your fridge and car – everything will become connected and operational, using a simple app.”

“There is a growing presence of autonomous systems in our daily life, from autonomous vacuum cleaners, to drones, from self-driving cars, to robots on the manufacturing floor. We’ll find ourselves in a world where many objects are self-aware and behave accordingly. There will be a smooth, nearly imperceptible evolution, much like the increase in autonomous capabilities in cars such as self-parking, lane cruising, and braking assistance.

“As drones move closer to becoming standard photographic equipment, 2018 will bring us things like smart tripods. These are but a few examples of the growing pervasiveness of autonomous systems that we’ll see in 2018.”