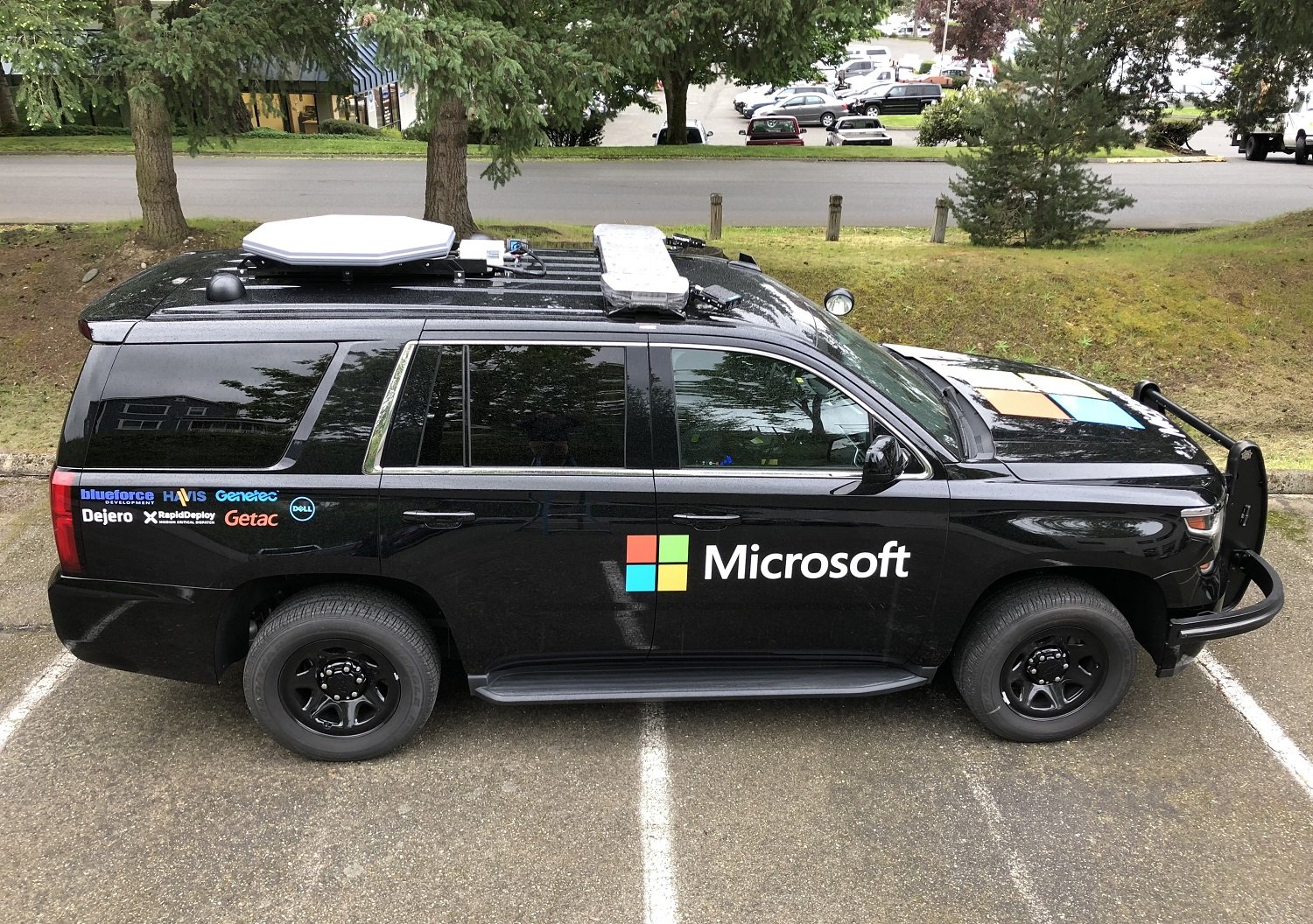 By Ryan Daws | 18th May 2018 | TechForge Media
Categories: Connected Vehicles, IoT,
Ryan is an editor at TechForge Media with over a decade of experience covering the latest technology and interviewing leading industry figures. He can often be sighted at tech conferences with a strong coffee in one hand and a laptop in the other. If it's geeky, he’s probably into it. Find him on Twitter: @Gadget_Ry

Microsoft has partnered with satellite connectivity firm Kymeta to create ‘always-connected’ tactical SUVs for the likes of first responders and law enforcement.

“Microsoft’s Azure cloud-based services can be locally replicated in a deployed environment such as a patrol vehicle, firehouse or command post, and can significantly enhance the capabilities of first responders and defense users, especially when using drones, robots, and IoT devices.

Combined with Microsoft Artificial Intelligence tools, this forms the intelligent edge, enabled by Microsoft and Kymeta.

This is a huge leap forward provided by the combined Microsoft-Kymeta solution, using Kymeta’s advanced flat-panel satellite antenna technology to enable reliable mobile communications, in a way that has never been done before.”

Both of the vehicles feature Kymeta’s KyWay satellite terminal and integrate tightly with Microsoft’s software, hardware, and services.

“Our ability to move communications, video, audio, and other sensor data to the Azure cloud, via Kymeta satellite terminals, provides an always-connected experience, regardless of how remote the location, or how congested or unavailable a terrestrial cellular network may become.

This represents a significant advancement in operational tactics, situational awareness and command and control, enabled by Kymeta’s revolutionary KyWay satellite terminal and Microsoft Azure at the edge.”

Kymeta received backing from Microsoft co-founder Bill Gates and other high-profile investors when it was spun out from Intellectual Ventures in 2012. Last year, it raised a further $73.5 million.

Microsoft and Kymeta are both Redmond-based, so it’s unlikely this will be the last collaboration we hear of between the companies.

What are your thoughts on the collaboration? Let us know in the comments.