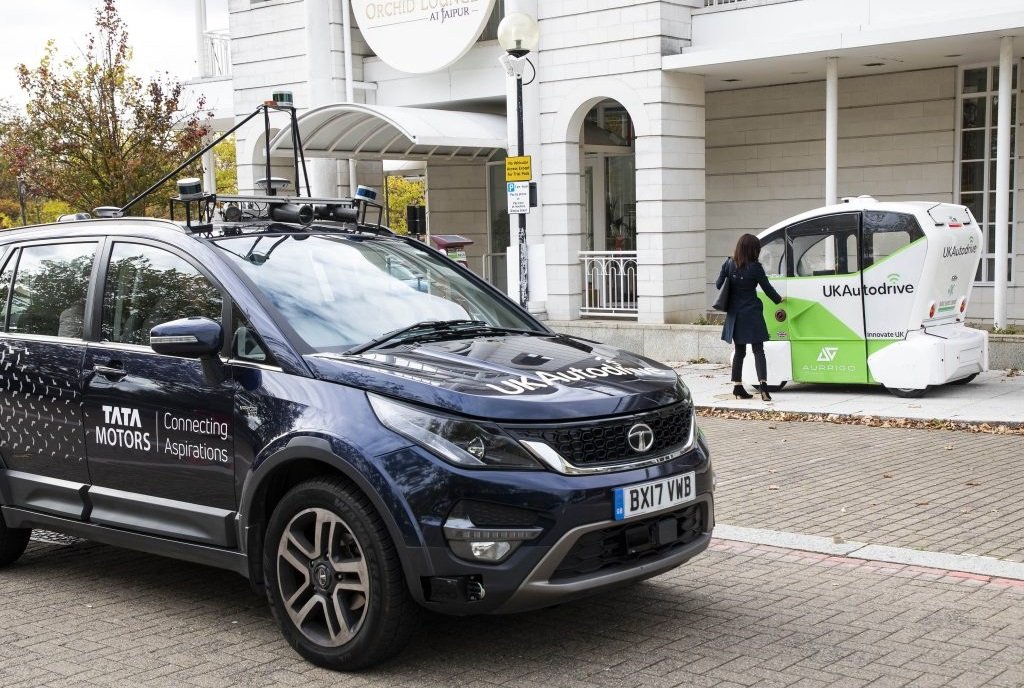 By Ryan Daws | 11th October 2018 | TechForge Media
Editor at TechForge Media. Often sighted at global tech conferences with a coffee in one hand and laptop in the other. If it's geeky, I'm probably into it.

Autodrive is a £20 million project consisting of automakers, councils, legal experts, and researchers. The aim of the consortium is to prepare society for driverless cars and establish the UK as a leader.

Over the past few years, Autodrive has undertaken increasingly complex trials designed to push the limits of driverless technology.

A landmark trial involved a Range Rover vehicle with ‘Level 4’ autonomy which indicates the ability to perform all driving functions safely. Another project led to developing autonomous pods which can shuttle people relatively short distances in urban environments.

The pods were developed by Coventry-based RDM Group, more specifically their Aurrigo autonomous vehicle division. Each pod contains four seats and can travel at up to 15MPH over a range of around 60 miles.

Following its work on the Autodrive project, Aurrigo has signed agreements with partners in Vietnam and Singapore to distribute its vehicles.

Autodrive claims its most recent trial is the world’s first to involve multiple vehicles. Participants were driven in a Land Rover connected car to a pick-up point where an Aurrigo pod was waiting to collect them.

“The move to automated cars, vans and trucks could bring huge benefits to people across the UK. And with the global market for CAV technologies expected to be worth over £900bn by 2035, it presents huge potential economic opportunities as well.

The government is leading the way, with significant investment, and new regulations designed to balance innovation with safety.

This country is in the early stages of an exciting and profound change. UK Autodrive is one of the organisations helping to put us at the forefront of that change.”

While the participants were riding in the car, the Land Rover communicated with the Aurrigo pod to ensure it was ready for their onward journey on arrival. This helps to minimise transfer disruption and get people to their final destinations quicker.

'UK Autodrive has been a hugely successful project that was delivered on time and on budget,' said Arup’s Tim Armitage, UK Autodrive project director.