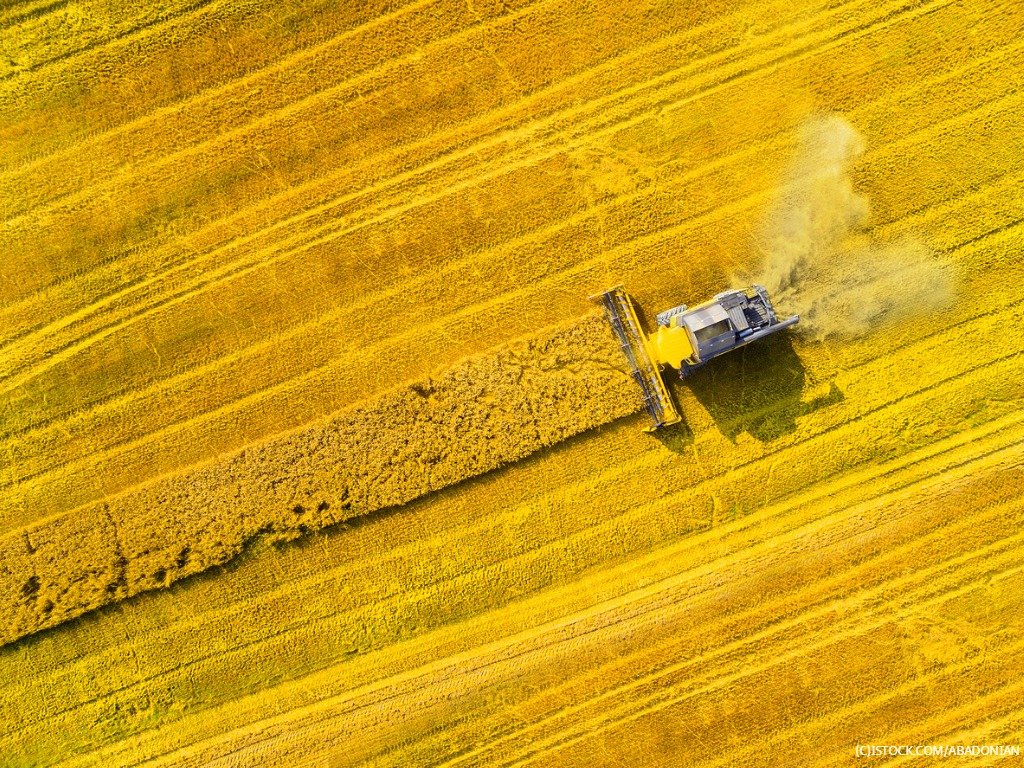 Consumers are rightfully excited about the eventual introduction of autonomous vehicles, as they promise to deliver vast improvements in road safety, travel efficiency, and riding enjoyment.  But current use of self-driving technologies in industrial applications, such as farms and mines, suggests that true, fully autonomous vehicles might arrive first in places other than our roads.  While many of us might not realise it, the benefits of such use on farms would be equally – if not more – compelling for owners, operators, and yes, consumers.

There are three basic reasons why self-driving technology innovation will impact crops as meaningfully as it does people:

Reason #1: The need for increased productivity

By 2050, there will be nine billion mouths to feed, and it’s projected that food production will need to increase by some 60% to meet this demand, yet the amount of land available to grow it will remain virtually unchanged. We cannot simply press more land into cultivation as in the past. Add to this urban expansion, the requirement to build more homes in rural communities, and farm land seems to be gripped in an ever-tightening vice. As a result, today’s farmers need to farm smarter, not simply till more acres.

It could be easier – and safer – to experiment on farms, encouraging innovation and bringing incremental benefits to operators

Traditional approaches to innovation will not be enough to meet this challenge.

In the immediate post-war period, agricultural technology was focused on mechanising farming to realise productivity gains, meaning more crops could be planted and harvested in the same window. However, the baby boom years meant that there were ever more mouths to feed, and mechanisation alone could no longer keep pace. Emphasis was shifted to power, with manufacturers vying to wring ever more horsepower out of their machinery. More powerful machines used larger implements, increasing productivity by doing more in the same amount of time. This power quest however, could not continue exponentially; further, what farming gained in speed, it often sacrificed in accuracy and reliability.

The World Health Organisation estimates that over a million people lose their lives to traffic accidents every year, so the promise of reducing or erasing this number through autonomous driving is incredibly significant. But the need, and potential impacts, of novel innovation in agriculture could save the lives of many millions more.

The economic and moral call-to-action is clear.

The share of the worldwide labour force working in agriculture has been steadily declining for centuries, and it is particularly telling that less than 5% of the population in Global North countries work on farms. Many traditional jobs have been replaced by advances in technology (some farms have used vehicle-to-vehicle [V2V] and vehicle-to-infrastructure [V2X] communications and controls for 15+ years) and driven by the productivity imperative I noted above.

In 1996, Case IH introduced a completely new concept, called precision farming, which was part of the spark for the third great agricultural revolution; in essence, it was technology used to farm ‘smarter,’ not just ‘more,’ by enabling farmers and agribusinesses to analyse the yields of their fields in a precise manner, and accurately see which areas of their fields needed what support in order to produce the highest yields (down to the nearest square inch). By accurately calibrating the amount of fertiliser, irrigation, or even variety of seed sewn in a specific area, farmers could not only optimise their inputs, but also maximise the entire field’s yield.

Today’s machines, including tractors, combine harvesters and sprayers, are not only following the guidance signals provided by GPS and big data insights, but using them to help drive the equipment; commands received via onboard antenna are converted through advanced software platforms into driving inputs, allowing operators to use it to ‘co-drive’ their machines (and use advanced telematics to manage the position and movement of their entire fleets).

But much of the developing world has yet to benefit from these innovations, and farming is still very labour intensive, even as new employment opportunities have slowly shifted to the services sector. This emerging challenge needs to be overcome if the world’s food demand will be met, which means there’s a developmental imperative to overcome the significant obstacles to implementing it (lack of infrastructure, and well as social and economic impacts).

“Necessity is the mother of invention,” as the old adage goes, and I believe that this imperative could be even more compelling and motivating than the push we see to make taxis or home pizza delivery autonomous.

For autonomous vehicles to possess the artificial intelligence (“AI”) necessary to make reliable decisions (called “agency”), they must use something called “machine learning” to be able to experience every possible variable in every conceivable situation; today’s computers do this by a review process called “experience replay,” in hopes of literally knowing and being familiar with every circumstance and, therefore, allow AI to make the right decisions.

That’s why there are a hundred or more self-driving car and smart city tests underway around the world; cars are literally learning to recognise people, objects, and signs through differences in light and position. The challenge seems almost insurmountably complex and overcoming it will take time.

The complexities on a farm are even greater which, perhaps surprisingly, represent more opportunities for realising improvements, both incrementally and broadly.

Unlike a highway or city street in which movement is defined and controlled, no two fields are the same; in fact, not only do they differ in terms of topography, dust, plants, and depressions or holes, but within fields themselves there can be numerous differences, large and small. Add changing weather conditions and time of day and year, and the variables might seem endless.

Why is this an opportunity? First, more data means faster learning, as it makes each experience richer and, therefore, a machine smarter. Complexity for an AI hungry for knowledge is a good thing, not a bad one. Second, such a robust journey to a self-driving future can yield more and quicker insights that can be applied in the present (while your car may offer a handful of autonomous features, like cruise control or aided parking, agriculture equipment can apply data to improve many more functions).

Third, and perhaps most compellingly, is our capacity for tolerating imperfection: The trade-off for operating a tractor that isn’t fully “smart” could involve injury to a human, but it’s far more likely that damages would be to property or crops. An imperfectly operating self-driving car has a far higher likelihood of causing injury or death, as its environment could be filled with pedestrians as well as other drivers and passengers. Sadly, we’ve already seen this happen.

In a sentence, it could be easier and safer to experiment on farms, which should encourage innovation and continue to bring incremental benefits to operators. Perhaps that’s why we’ve seen such applications being applied to farms well before the technologies started showing up in consumer vehicles.

Autonomy has already arrived on farms

Not only are farms using some form of intelligent, or precision farming that includes autonomous functionality on an increasing basis, but academics in the UK tested a fully-autonomous farm in 2017; sowing, fertilising, sampling and analyses, and harvesting were all accomplished by autonomous vehicles. It involved a lot of preprogrammed movement, and the equipment and systems were handmade and therefore unlikely to survive on a real farm, but the implications were as clear as they were stunning: The autonomous farming future is already near, if not already here.

So how far away is the first truly autonomous tractor? We tested ours two years ago and were very happy with the results. Further innovation is needed, most notably on the control systems that enable operation by a smart network, and not simply trying to mimic what a human driver could (or couldn’t) do.

From our perspective, it’s quite possible that the race to full autonomy may be won on a farm.  And that’s a good thing for the future of autonomous driving overall.