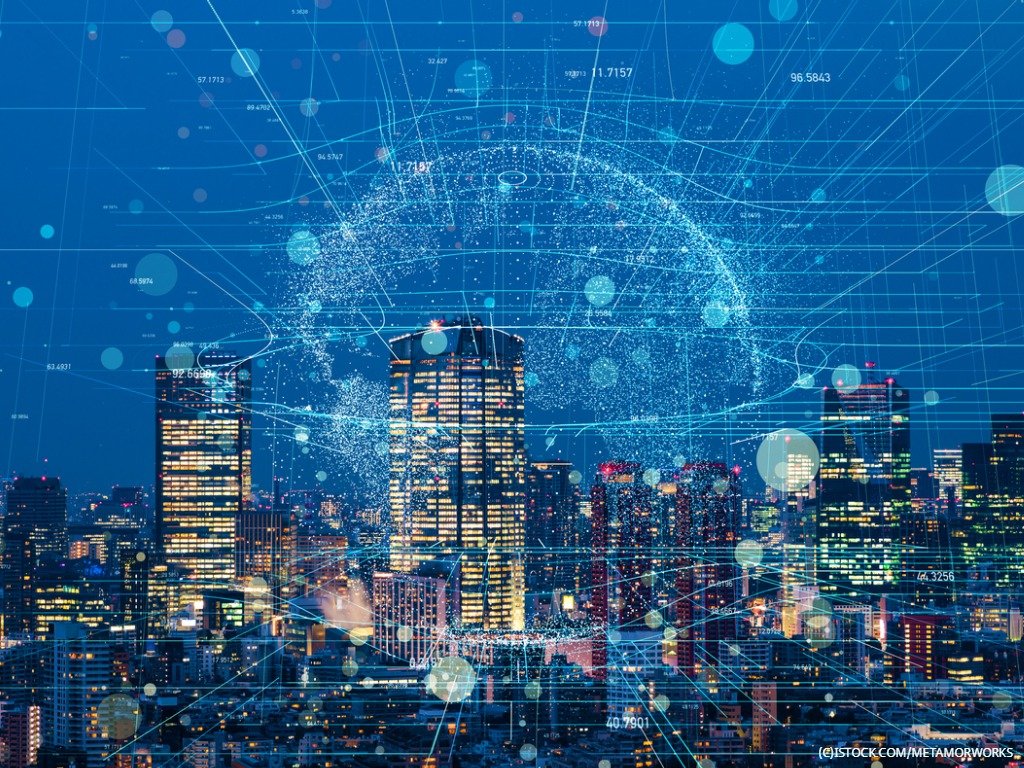 You know it’s 2018 when you are woken by your smart home to find your Google Assistant working on your shopping list, while Alexa informs you of your plans for the day.

While talking to machines and delegating our least favourite tasks is undoubtedly progress, the Internet of Things takes us into a whole new category of connectivity. Here, machines talk to other machines and are even creating cities that are smart enough to administer themselves, without human intervention.In fact, the EU has the largest number of smart city initiatives in the world and if all goes to plan, at least one major city in each EU member state will have uninterrupted 5G wireless broadband coverage by 2020.

We are of course some way from achieving truly smart cities and the reason for this, is that the systems that underpin them need to be harmonised. The measurement and management of all city life – from street lighting to crime fighting – still need to be standardised, due to differences over language syntax and data format.

Before we can build up to this ideal, we need to get the right foundations in place. That means building the platforms that will handle the swathes of data that will be created by all the sensors, cameras and devices that report on every microscopic change in the environment. Never have there been so many snapshots recorded of so many variables; the scale and complexity of handling data multiplies by the day.

The processing of all this vital intelligence was traditionally left to the data processing manager rather than to IT. But these days, everyone is entrusted to make intelligent decisions, so now we have a data centre to serve us all. It may be a simple server, a chilled roomful of mini computers or a giant secure facility, but they all contain the vital intelligence that informs the organisation. These are the nerve centres of the organisation. If the data centre stops, the company becomes brain dead and nobody – be they workers, customers or stakeholders – can get what they need.

Like everything that’s been modernised, the data centre of today is smaller, more powerful and efficient. They make far greater use of the power, rack space and cooling resources needed to support the machines. But efficiency gains need to keep pace with rising demand for consumption.

Consider all the storage media needed to house all the thousands of images captured by cameras every day, sometimes for customer relationship management and sometimes for crime prevention. If there are 1,000 cameras scanning tens of thousands of faces from different angles, they will be capturing huge amounts of data that need to be cross referenced with databases. If the face is ‘known’ to the system, another intelligent machine will work out an appropriate intervention – which could be to make an offer to a customer, or to initiate the arrest of a known criminal.

When delays just won’t do

Traditional networks simply don’t have the bandwidth to support all these high intensity machine conversations. Only a large core or public data centre will suffice, and you need to be lucky enough to have one close by – which is unlikely. Often they’ll need to talk to each other via a distant exchange, in which case there will be latency lag, as huge volumes of data trundle down an internet superhighway that’s now struggling to cope.

The only answer is to bring the computing closer to the devices – or Edge Computing. By ‘edge’ we mean that the communications devices that feed information in – such as mobiles, sensors and body cameras – will feed their intelligence into smaller data centres that can handle the information locally.

In practise, this means that those policing a stadium full of people will get instant reports on any undesirables who may be mingling with the crowd. Meanwhile, retail centres can respond quicker to the shopping habits of their clients.

Given the scale of the ambitions of the IoT, it’s no surprise that there aren’t always the resources available to support this vast potential. But that is now changing, as edge computing steps into the light.