By Ryan Daws | 8th August 2019 | TechForge Media
Categories: IoT, Smart Cities & Homes,
Ryan is an editor at TechForge Media with over a decade of experience covering the latest technology and interviewing leading industry figures. He can often be sighted at tech conferences with a strong coffee in one hand and a laptop in the other. If it's geeky, he’s probably into it. Find him on Twitter: @Gadget_Ry

Sensoneo took the stage during Twilio’s day two keynote at Signal 2019 to share its experience of using the IoT to fix inefficient legacy city systems.

Anas Idriss, Business Development Manager at Sensoneo, was joined by Pallavi Vanacharla, Director of IoT Product Marketing at Twilio, for the presentation.

“Smart cities, for us, means cities built on the foundation of data and intelligence rather than guesswork and brute force,” says Pallavi. “Last year at Signal, we introduced the first developer platform for narrowband-IoT in partnership with T-Mobile.”

“I’m proud to say, earlier this year, we announced the first commercial deployment of NB-IoT with our customer Sensoneo.”

There are few tech conferences where you see a keynote speaker wheel out a waste bin, but that’s exactly what Idriss did. Sensoneo, after all, is known for putting sensors in waste bins to improve the efficiency of collections.

“Waste collection companies don’t know which trash cans are full and which are empty,” explains Idriss. “Traditionally, they just approach every single bin spending days just circling streets with big trucks – this is expensive, and not green.”

The first garbage trucks were introduced in the 1920s and the system has remained similar close to a century since. Sensoneo decided to do something about it, so the company designed a sensor which could be put in every bin to monitor its fill level.

On a map, the current fill level of every connected bin can be seen. An optimised route can then be dynamically generated and sent to the truck driver as turn-by-turn directions which only visits bins which need to be emptied: 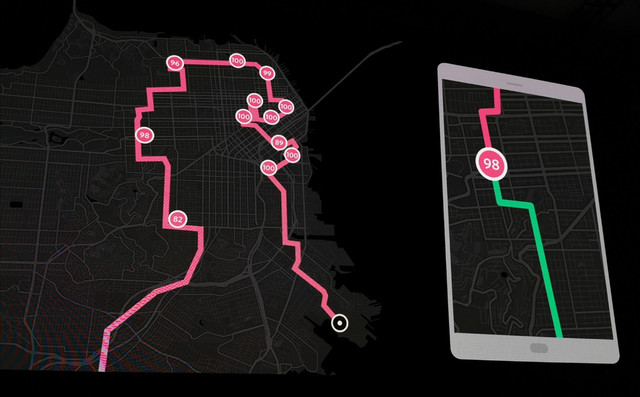 Sensoneo is currently involved with 200 waste collection projects around the world.

Cities that have used Sensoneo’s technology have saved 30 percent on their waste budget, which can be used for other important things. Furthermore, in a world that direly needs to reduce its environmental impact, Senseneo’s technology has resulted in 60 percent lower emissions.

All of this wouldn’t have even been feasible just a few years ago.

Senseneo’s waste sensors use two batteries each. In the average city, it deploys around 50,000 units. Narrowband IoT (NB-IoT) networks are making sensors like Senseneo’s economical and practical enough to deploy.

“Narrowband-IoT is purpose-built for IoT, it can handle millions of devices in high-density environments,” explains Pallavi. “Let’s take San Francisco, it can handle 150 million devices.”

“Twilio was a clear choice for us,” said Martin Basila, Founder and CEO of Sensoneo. “T-Mobile provides us with a high-performance network complemented by Twilio’s superior platform and flexible console with very useful features such as the ability to manage SIMs and check sensor behaviour.”