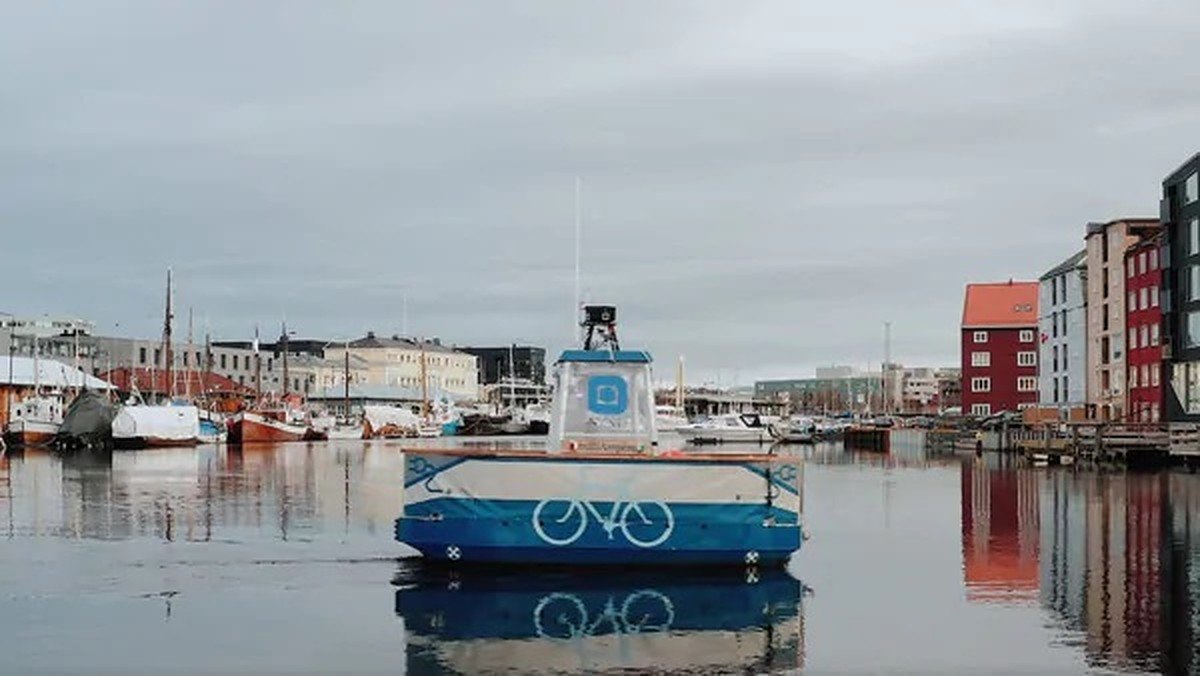 By Ryan Daws | 11th December 2019 | TechForge Media
Editor at TechForge Media. Often sighted at global tech conferences with a coffee in one hand and laptop in the other. If it's geeky, I'm probably into it.

Ericsson has teamed up with the Norwegian University of Science and Technology (NTNU) to deploy a 5G-powered autonomous ferry in Norway.

The ferry is called milliAmpère and carries passengers, including their bikes, across Trondheim’s harbor canal.

MilliAmpère is equipped with sensors that record its surroundings. 5G is used to reliably and quickly transfer vast amounts of data required for the ferry's operation with an onshore command centre.

“Ericsson’s world leading 5G technology and its ability to upload large amounts of data in a short time was key to the success of the pilot.

While the ferry is designed to work autonomously within the harbour, it can be manually controlled remotely in extreme scenarios.

"The data is analysed so that the vessel finds its way itself and avoids any obstacles, and at the same time the distance to the quay is measured so that the boat can safely moor itself.

In the event of a sea emergency, the vessel can also be remotely controlled from the control center at Gløshaugen via the same mobile network.”

Ericsson and the NTNU are not alone in their trials of autonomous sea vehicles.

Earlier this week, SK Telecom announced a partnership with Samsung Heavy Industries to develop a 5G-based autonomous navigation platform which enables ships to move to set destinations on their own.

The partners tested their platform using a 3.3m long ship docked at a shipyard in Geoje City, South Korea. The ship, developed by Samsung, is fitted with a lidar sensor and connects to SK Telecom's 5G network.

SK Telecom and Samsung's test was conducted over a relatively large radius. The destination was set 250km away at Daejeon City.

The ship reportedly sailed to the destination safely and successfully avoided obstacles along its route. Much like Ericsson and the NTNU's test, SK Telecom and Samsung were able to manually control and monitor the ship remotely.

While much of the media's focus has been on driverless cars, it's clear that other autonomous vehicles are rapidly advancing with groundbreaking potential for improving transport, logistics, and safety.