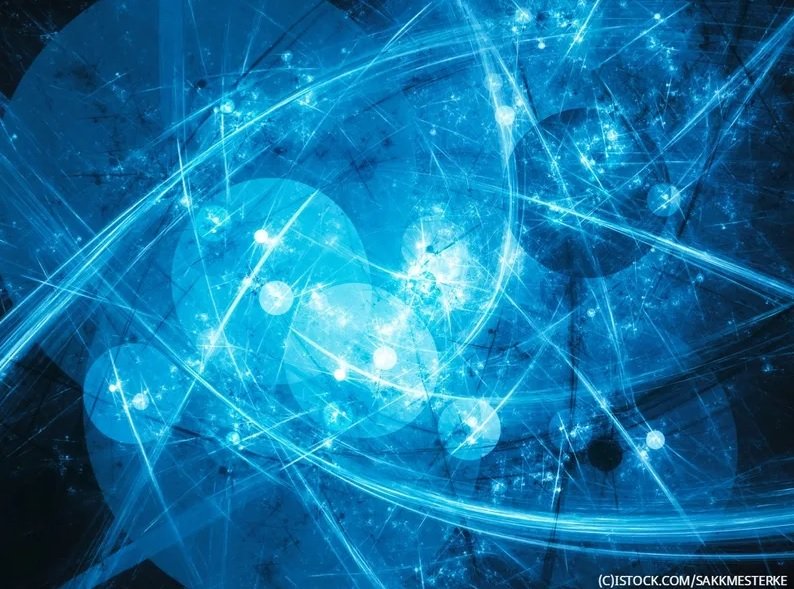 Case study When it comes to connectivity, OEMs tasked with creating industrial IoT and M2M solutions, and the companies and enterprises that purchase and then deploy these solutions, face a number of challenges. Ease of design, integration, and testing are key at the development stage, while the ability to quickly roll out, at scale, across different geographies – or to accommodate movement between regions – can be paramount during implementation. And, unlike many consumer products, long-term, reliable and secure operation over long periods will be key – especially where IoT devices are to be deployed in remote and sometimes harsh environments and locations.

We live in a world where ‘being smart connected’ is ever more important in both the consumer and commercial sectors. Some estimates predict that there will be over 25 billion connected devices by 2025 and, while many of these may be smartphones and tablets, far more will be the ‘things’ that comprise the Internet of Things (IoT). At the same time, people are more mobile and businesses more distributed, making national borders less relevant. While a large proportion of IoT and M2M devices may be fixed in nature (such as remote monitors or smart meters that automatically communicate with the utility company) in order for IoT device manufacturers to obtain economies of scale and remain competitive, identical units have to be deployed in different countries and jurisdictions. Each of these often have differing requirements for regulatory compliance.

Furthermore, in an increasing number of applications, the IoT device is inherently mobile. Asset tracking, logistics, even connected vehicles are all capable of crossing national borders while in use. Yet, no matter where the devices are, they have to remain connected to perform the necessary operations and receive firmware updates that can address software issues and deliver new features.

The bottom line is that technology now needs to work ‘out-of-box’ wherever it is deployed and to continue working even as it crosses national boundaries. As we move forwards, eSIMs, used in conjunction with suitable connectivity platforms, will play an increasingly important role in ensuring that this is the case for large-scale Industrial IoT (IIoT) deployments.

Cellular connectivity is fundamental to delivering the day-to-day functionality and remote updating demanded by today’s industrial IoT applications. Increasingly, such connectivity is enabled through the use of eSIM technology. eSIMs can reduce design complexity, deliver economies of scale, simplify product management, reduce time-to-market and support the rapid deployment and optimized operation around the world.

eUICCs replace the traditional removeable SIM card with a user identification module based upon a global specification from the GSMA that is hard-wired into the device. The automotive industry has been an early adopter of this technology and it is estimated that there will be two billion devices that connect via eSIM by 2025, representing an ever-increasing proportion of the total connections.

Using a physical SIM often requires the device and SIM to be obtained and configured separately, which is a minor irritation for a consumer but a far greater resource issue for large-scale deployments of industrial IoT devices. This issue becomes even more acute when having to work with multiple mobile network operators (MNOs) to provide global, or even regional, coverage.

For the end-user, eSIMs allow the downloading of digital profiles from the cloud directly onto the device, empowering them to switch MNOs easily. No longer is there a need to visit a store or wait for a physical SIM to arrive in the mail. For enterprises, eSIMs offer flexibility to add connected devices and swap them among users easily, without the need to replace SIMs. User profiles can be created and tailored to the needs of each employee via eSIM remote management tools.

In the case of the IoT, device manufacturers and enterprises benefit as manufacturers can offer out-of-the-box connectivity that supports global deployment. Furthermore, eSIMs also improve security as they cannot be physically removed from the device in which they are installed. This means that users/employees can be restricted as to which devices they are able to use and what data they are able to access.

Traditionally, a major challenge for companies looking to roll out global implementations has been how to deal with multiple MNOs. An even more complex challenge arises in terms of interoperability, connectivity, and regulation when the application requires movement between geographies, especially where roaming is time-restricted.

The idea that hardware may be equipped with a SIM card for a particular MNO or, worse still, hardware-locked to a particular MNO is outdated as it is highly inconvenient – especially so for enterprises that have large-scale deployments. An IoT device may be remotely located, for example, which makes a physical SIM-swap expensive, resource-hungry and time-consuming. While this is frustrating for companies with a few devices in the field or limited need to roam globally, for companies that have hundreds or thousands of devices deployed the complexity and cost of a multiple MNO approach becomes untenable.

The good news is that large-scale users can now address many of these challenges through the use of a comprehensive connectivity management platform. With this approach, a single company (the platform provider) negotiates and maintains connectivity contracts with dozens of MNOs on a global scale and provides access to these, transparently, for users of the platform.

Bringing eSIMs and management platforms together

One way to harness the power of unified connectivity for next-generation global IoT deployments is to combine eSIM technology with the types of connectivity platform described above. Effective combinations of hardware and software will give companies the peace of mind that, once deployed, their hardware will connect securely and reliably, wherever it is in the world. At the same time, by choosing the right platform, they can also relieve themselves of complex contractual negotiations and billing practices.

It is these objectives that have led to a collaboration between Infineon Technologies and Tata Communications with the aim of developing a turnkey, ‘ready-to-connect’ eSIM solution. Designed to deliver end-to-end communication for large-scale IoT deployments, the Infineon/Tata Communications solution provides seamless and secured, pre-integrated network coverage in more than 200 countries and territories.

There are many benefits associated with the MOVE platform, although simplicity and ease of implementation and use are among the most important. The highly integrated platform delivers intelligent connectivity with a single overview of the entire system – something that would be impossible with multiple disparate providers.

Prior to deployment, the IoT device’s operational profile and functions for network connectivity will be injected into the eSIM at Infineon’s secured company premises. Thanks to the pre-integrated bootstrap profile, manufacturers only need to handle one single agreement with Tata Communications, rather than having to deal with many different MNOs.

The OPTIGATM Connect solution enables easy deployment and management of cellular-enabled IoT devices at scale. Device manufacturers can deliver products capable of worldwide use, rather than needing to deliver specific versions for various markets. This results in economies of scale, cuts costs through simplified product management and significantly reduces time to market.

Furthermore, remote activation and configuration of IoT devices over-the-air enables a more automated, secured approach to bring large numbers of devices online. Use cases include smart metering deployment or telematics and fleet management applications where devices are deployed across broad geographic areas. With OPTIGATM Connect eSIM IoT, connecting the device or even a fleet of devices to the internet can be entirely managed remotely via an online portal. With the product fully compliant with the Remote SIM Provision specification from the GSMA, connectivity providers can be selected after the production, shipment, and deployment of devices. They can also be changed throughout the product lifecycle, thus providing ease of use as well as flexibility with regard to selecting MNOs and data plans. Users do not have to be concerned with regulatory requirements as this is all taken care of via Tata Communications.

Moving forward, Infineon and Tata Communications will be developing a number of reference designs that will be made available to IoT device manufacturers, further speeding up and simplifying product development, prototyping and deployment.

Prior to working with Infineon, one global logistics company operating across Europe, the USA, APAC and South America had previously implemented a battery-powered asset tracker device that supported two different cellular connectivity frequencies. A single Tier 1 MNO was chosen to allow a limited number of stock keeping units (SKUs) for global coverage.

However, they found that coverage could be patchy or non-existent in regions where the MNO had no local presence of its own. Furthermore, in some countries such as Brazil, where roaming is not permitted for extended periods there was the need to use local MNOs, which often necessitated a different SIM. Furthermore, where the logistics company had preferential rates in certain countries, these could not be accessed through the Tier 1 MNO, incurring higher charges or the inconvenience of managing another local MNO contract.

Working with Infineon, the company migrated to a combination of an OPTIGA Connect eSIM and Tata Communications MOVE platform. This provides extensive coverage and the ability to access pre-negotiated rates using a single solution for 640+ MNOs in 200+ countries and territories. Pre-embedded cellular credentials eliminate the need for complete downloads of new credentials, simplifying regional deployment and cross-border roaming at the same time as contributing to extended battery life. Finally, the programmable platform business rules allow the automation of routing data into the cloud-based application based on the company’s specific ecosystem in a given region.