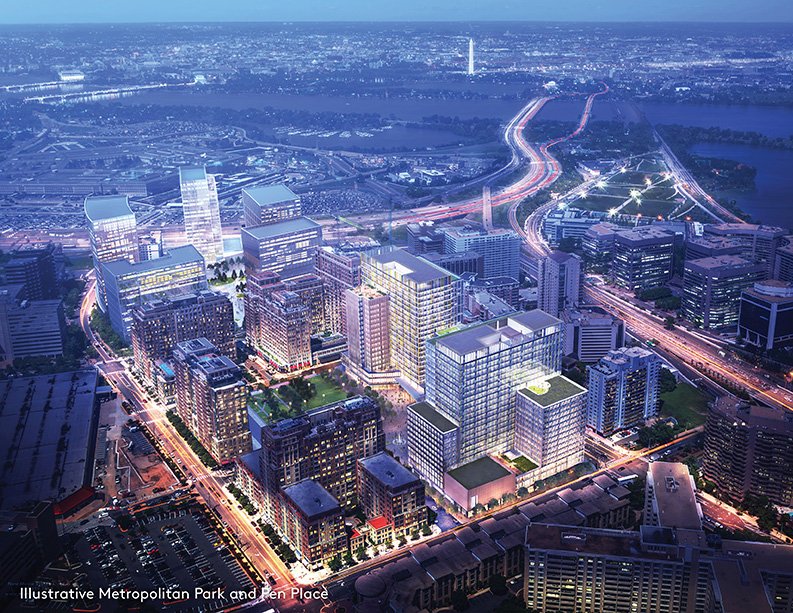 By Ryan Daws | 21st July 2021 | TechForge Media
Categories: 5G, Adoption, AI, Edge, IoT, Smart Cities, Telecoms,
Ryan is an editor at TechForge Media with over a decade of experience covering the latest technology and interviewing leading industry figures. He can often be sighted at tech conferences with a strong coffee in one hand and a laptop in the other. If it's geeky, he’s probably into it. Find him on Twitter: @Gadget_Ry

AT&T and JBG SMITH are collaborating on what they believe will be the first 5G smart city “at scale” in the US.

Smart city announcements are becoming increasingly prevalent, but many are just testbeds or small deployments. AT&T and JBG SMITH believe their smart city will be an exception.

The smart city will be based in the National Landing neighbourhood of Crystal City, Virginia. A combination of mmWave and sub-6GHz 5G spectrum will be used for connectivity via building side-mounts, street furniture, and a network of underground infrastructure.

“The development of 5G, AI, cloud and edge technologies is helping usher in the next level of how technology can improve lives.

Together with JBG SMITH, we intend to build a true smart city from the ground up that will allow future innovators to use AT&T’s network to unlock new capabilities through city-wide edge solutions that can serve specific business locations and everyday users at home or on the go.

This includes enabling immersive virtual and augmented reality, and the massive IoT connections that will become a hallmark of National Landing as the most connected city in the country.”

Initial network network infrastructure deployments are planned for the first half of 2022 and will feature 5G with local area compute edges.

“The goal of this collaboration with AT&T is to further enhance National Landing and create the only neighborhood that provides entrepreneurs, universities, and global technology companies the digital infrastructure necessary to shape the future of their industries.

We want to equip innovators with the foundational amenities to revolutionise the way they work, giving them an edge above their competition and the confidence to choose National Landing as their home to ideate and innovate locally – and scale globally.”

The partners envision the smart city as being a conduit for innovation across industries such as defense, cybersecurity, cloud/edge computing, Internet of Things, and AI. Enhanced offerings are expected in areas including mobility and self-driving vehicles, immersive retail and entertainment, and building automation and environmental sustainability.

“American competitiveness in the deployment of 5G networks – and innovation in the emerging technologies 5G unlocks – remain key to our national and economic security interest.

As a proud Virginian, I am excited to see National Landing emerge as our first 5G community – and I look forward to wider deployment across the Commonwealth.

This collaboration can be a blueprint for how digital infrastructure is deployed, and I am heartened by the prospects of the innovation this may unlock to advance our country’s competitiveness globally.”