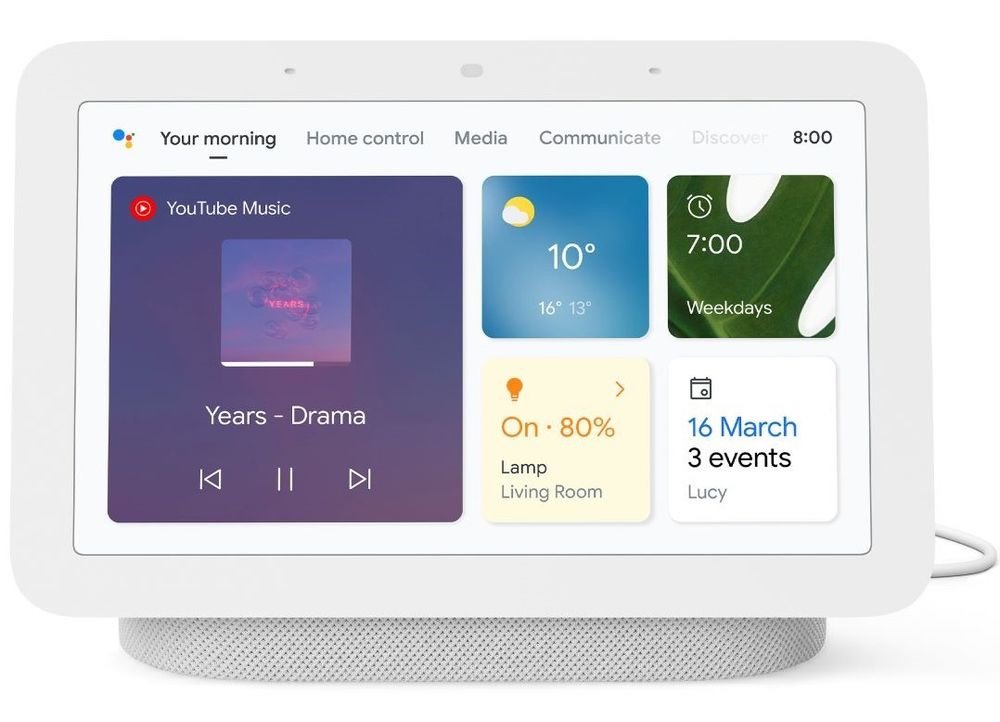 By Ryan Daws | 25th May 2021 | TechForge Media
Categories: IoT,
Ryan is an editor at TechForge Media with over a decade of experience covering the latest technology and interviewing leading industry figures. He can often be sighted at tech conferences with a strong coffee in one hand and a laptop in the other. If it's geeky, he’s probably into it. Find him on Twitter: @Gadget_Ry

Google’s new IoT-focused Fuchsia OS is beginning to roll out on Nest Hub following years of speculation about the operating system.

Fuchsia OS has been known to be in development for quite some time and Google even launched a developer site for it in 2019.

At I/O that year, Hiroshi Lockheimer, SVP of Chrome and Android at Google, described Fuchsia as one of Google’s experiments around new concepts for operating systems.

Mountain View has remained vague about its plans for Fuchsia OS although many suspected it was likely heading for IoT devices, especially those of the smart home variety.

Google has reportedly told media outlet 9to5Google that, as of today, an update is rolling out to the 2018 Nest Hub which replaces its current Cast OS with Fuchsia OS.

At this point, all the changes are under-the-hood with no visual differences apparent to Nest Hub users from the previous OS.

However, peel back the skin and Fuchsia OS is very different. While Google’s current operating systems like Android, Chrome OS, and Cast OS use the Linux kernel, Fuchsia OS is based on the Zircon kernel (formerly called Magenta).

The use of Zircon is what led many to believe this is an OS designed primarily for IoT devices long before today’s news.

Zircon is a messaging-passing kernel and its codebase was derived from that of Little Kernel (LK), a real-time kernel for embedded devices which aims for minimal resource consumption so that it can be used for a wide range of devices.

The Fuchsia update for Nest Hub will be rolled out over the coming months, beginning with those in the Preview Program.