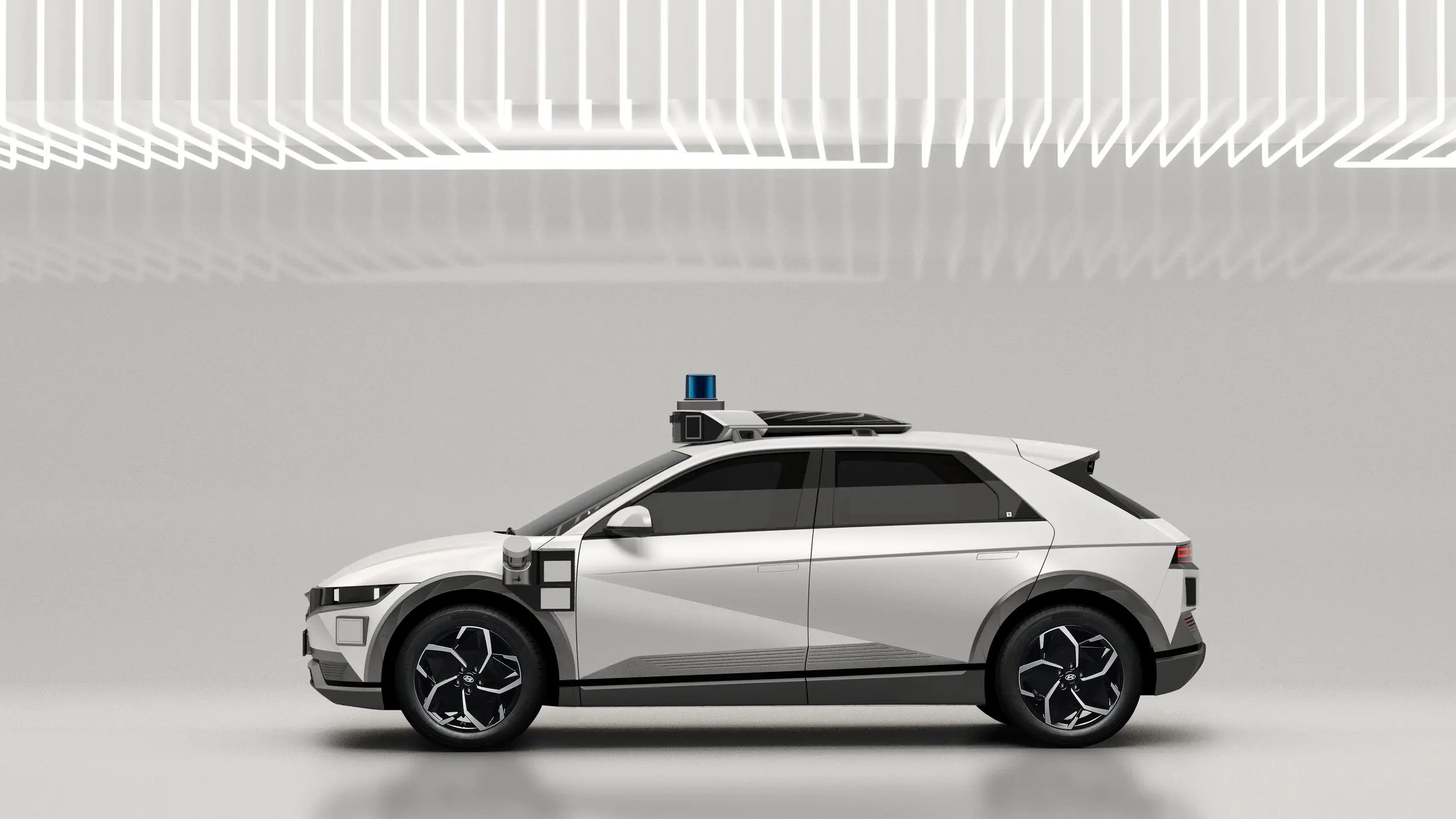 By Ryan Daws | 1st September 2021 | TechForge Media
Categories: Connected Vehicles, IoT, Robots, Smart Cities, Transport,
Ryan is an editor at TechForge Media with over a decade of experience covering the latest technology and interviewing leading industry figures. He can often be sighted at tech conferences with a strong coffee in one hand and a laptop in the other. If it's geeky, he’s probably into it. Find him on Twitter: @Gadget_Ry

Motional, a joint venture between Hyundai and Aptiv, has unveiled its first robotaxi that will be available via Lyft’s app.

The all-electric IONIQ 5 robotaxi is based on the same vehicle that launched worldwide earlier this year. As a Level 4 autonomous vehicle, it can safely operate without a driver.

“Hyundai Motor has evolved its IONIQ 5, a battery electric vehicle built on its EV-dedicated platform, into a platform for fully autonomous vehicles.

For the IONIQ 5-based robotaxi, we have applied various redundancy systems, in addition to a suite of essential technologies to ensure the safety and convenience of passengers.

By successfully integrating the Group’s IONIQ 5 robotaxi with Motional’s autonomous driving technology, we are proud to announce that we have achieved another important milestone on the road to the commercialisation of our robotaxi.”

The robotaxi is based on Hyundai’s battery electric vehicle platform, Electric Global Modular Platform (E-GMP). Over 30 sensors – including cameras, radars, and lidar – provide the vehicle with a 360-degree understanding of its surroundings in diverse environments and lighting conditions. Machine learning systems that have been trained on decades of real-world data enable the vehicle to handle complex and rapidly-changing driving situations.

Motional promises the IONIQ 5 will provide passengers with a spacious, comfortable place to work, relax, or socialise during their driverless ride. An in-vehicle computer will enable passengers to interact with the vehicle to perform actions such as directing the robotaxi to make an extra stop.

“This robotaxi represents Motional’s vision of a driverless future becoming a reality.

Through our strategic partnership with Hyundai Motor Group and Aptiv, we have unparalleled automotive and software expertise across our entire vehicle development process. This deep collaboration enables us to manufacture a robotaxi that’s both highly safe and reliable, and is cost-optimized for global production.

We’re focused on mass commercialisation and the IONIQ 5 robotaxi is built for that purpose.”

Motional’s growth has been impressive after first being formed in March 2020. However, the public will have a while to wait until getting to experience a ride in the IONIQ 5 robotaxi as its fully driverless service isn’t expected to launch on the Lyft network until 2023.

The robotaxis will be debuted publicly for the first time at IAA Mobility in Munich between 7-12 September 2021.